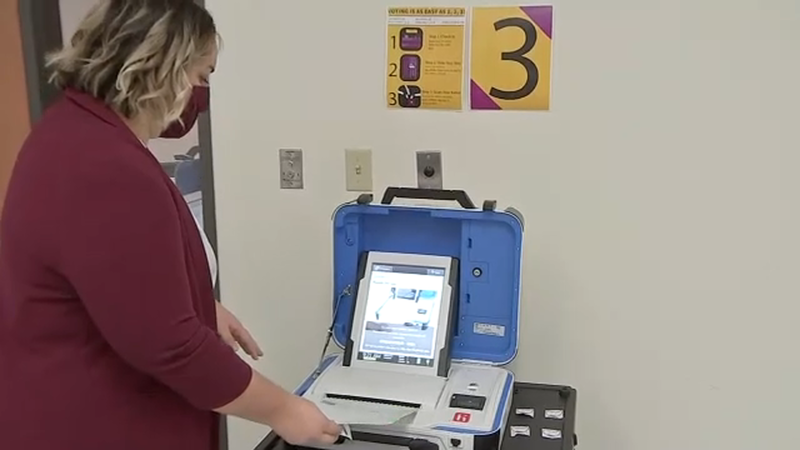 HARRIS COUNTY, Texas (KTRK) -- Early voting for the May 1 election in Harris County began Monday, and county officials were excited to showed off their new voting machines.

Early Voting begins Monday, April 19, for the May 1 election in Harris County. Here is everything you need to know to vote early, whether you’re a seasoned pro or a voting newcomer. #HarrisVotes #HouNews

Voters will now be required to feed a blank sheet of paper into the voting machine. Once you're done voting, selections will be printed on that paper so voters can check it.

Voters will have to feed that paper into the ballot scanner for the vote to be counted.

Another big change: machines are touch screen. So, you no longer have to turn that wheel.

Early voting runs through April 27. Nearly 400,000 Harris County residents are eligible to vote in this upcoming election. All races in the election can be viewed on the Harris Votes website.

*Note that on Monday, April 26, voting hours will be extended to 10 p.m. pic.twitter.com/6JGpjOssHq

Candidates Chris Earnest and Virginia Elizondo are vying for the Position 4 seat, and incumbent Minda Caesar is running unopposed for Position 3. Each board member serves a three-year term.