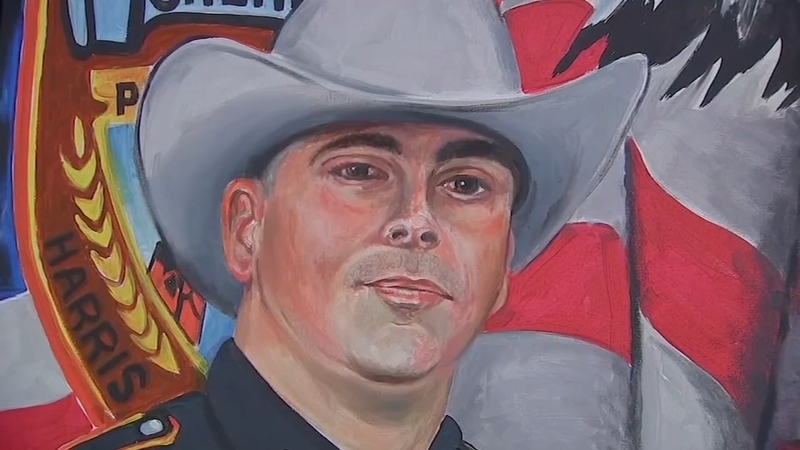 "My dad was a good man. He went out there and saved lives every day," said Valdez's son, Avery, to a crowd of supporters.

Thursday marked six years since Valdez was hit head-on on Wallisville Road by a driver who was high on drugs.

Valdez was responding to a call about a welfare check.

Kelly Jo Ivey, 35, was convicted of intoxication manslaughter of a peace officer in 2015 and sentenced to 60 years in prison.

Every year, on the somber anniversary, those closest to Valdez gather for a memorial to honor him. This year's included a balloon release.

"It's a commitment we make and we always have to honor him and we do it by deeds ... by showing up and lifting up those friends and family who live with it every day," Harris County Sheriff Ed Gonzalez told ABC13.

Valdez, who was known as Trey to his friends, had been with the Harris County Sheriff's Office for 11 years.

He was a rising deputy and was well-liked.

To Sgt. Chris Gore, Valdez was like a little brother.

"It's just something. We just clicked," Gore said. "Just such a good person. Great cop, great friend and they don't make a whole lot like that."

The 32-year-old was a single father. His son is now 17 and in high school.

"I really appreciate everyone who comes out every year. I thank you a lot, because you've helped me through a lot," Avery said.

That's why, on Oct. 29, friends pause and pray to support the fallen deputy's family and pay tribute to a man who gave all while serving his community.

"This is just our way of making sure he is never forgotten," said Gore.