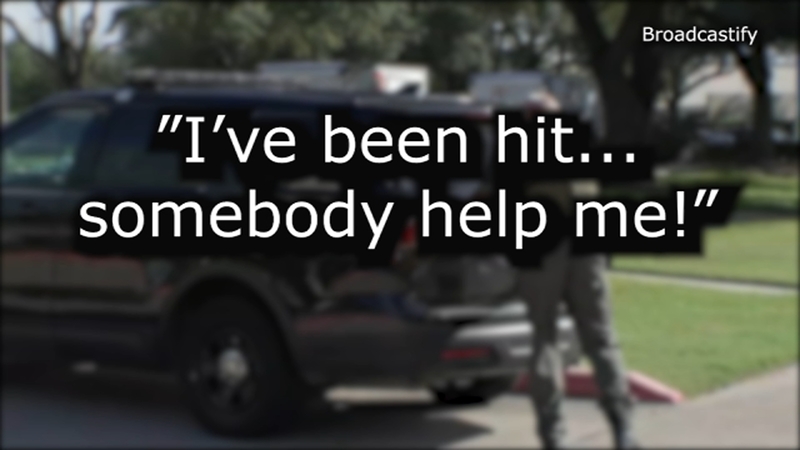 HOUSTON, Texas (KTRK) -- What was supposed to be a call to help a woman caught in a domestic violence situation with her husband wound up in the loss of a longtime Houston police veteran who was due to retire this year.

In the video player above, you can listen to the chaos that unfolded when officers were met by gunfire.

After that, press play on the video player below to listen to police audio when the resultant SWAT situation unfolded. And following that, read through and watch Houston Police Chief Art Acevedo's timeline of events.

After the shots that killed a 41-year police veteran were fired, HPD's SWAT officers moved in for suspect, as the video above illustrates through police audio.

Here is a timeline of the events, according to Houston Police Chief Art Acevedo, that led up to the shooting at Richmond Manor on Holly Hall on Oct. 20, as well as the events in the wake of a police sergeant's death.

In the video, Houston Police Chief Art Acevedo walks through the moments that led up to a 41-year veteran of his department being killed, and how they were able to take the suspect into custody.