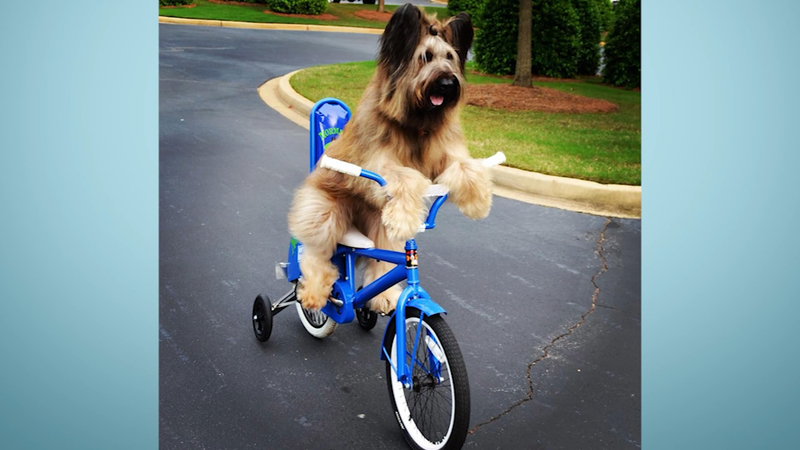 Sailor the Poodle and Norman the Briard are no strangers to performing tricks, and their talents have landed them a Guinness World Record.

Sailor's owner, Alex Rothacker, adopted the pup when he was just 6 months old, after a vet told him that the pup was too aggressive. After rescuing Sailor, the experienced dog trainer started teaching him a variety of tricks and balancing stunts.

Sailor plans to beat even more records in the near future.


Norman's owner, Karen Cobb, got him when he was 8 weeks old. From the time she brought him home from the airport, he was already performing tricks. He started riding a scooter at about 10 weeks old and started sitting on top of a bicycle around 12 weeks old. Cobb had to keep modifying the bikes and scooters so they would fit Norman as he grew older.