'I respect the decision': HISD chooses not to name Lathan permanent superintendent 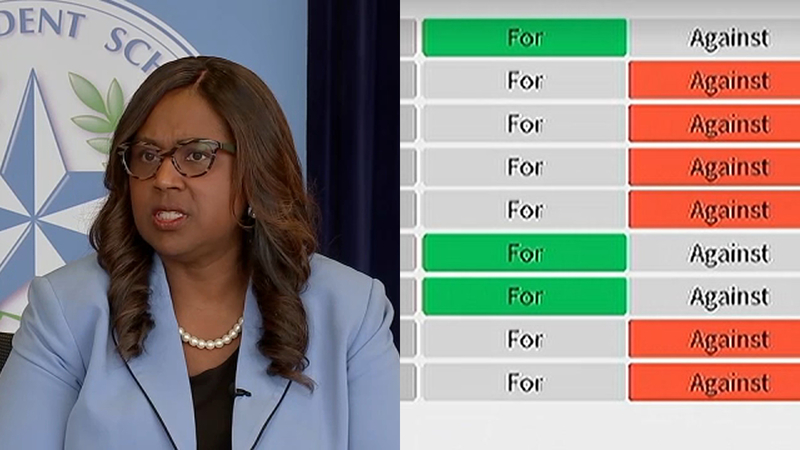 HOUSTON, Texas (KTRK) -- A split Houston ISD Board of Trustees decided against giving interim superintendent Dr. Grenita Lathan the permanent job, opting instead on a nationwide search to fill the role. 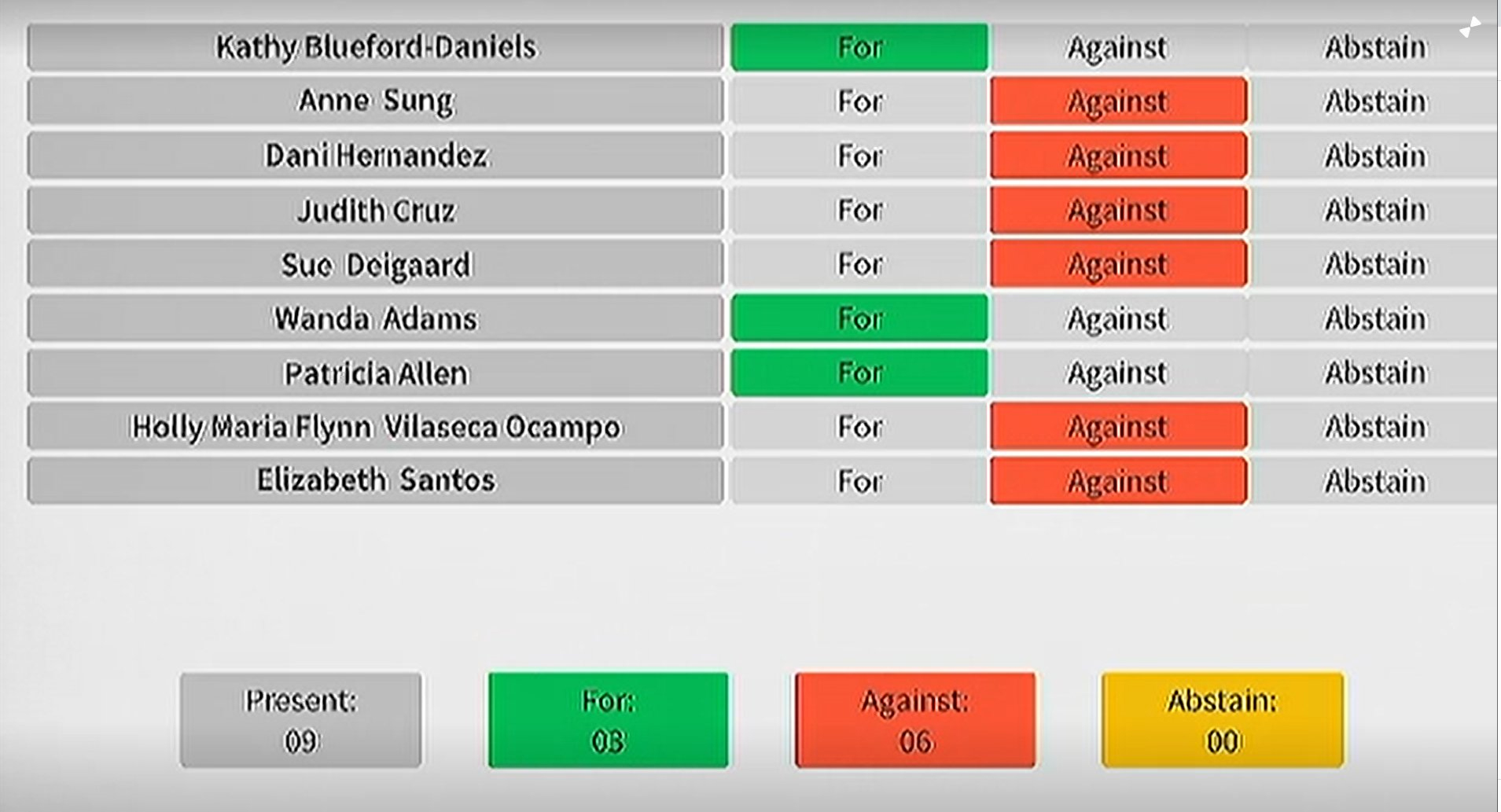 The image above is the voter roll among HISD board of trustees members on whether to make Dr. Grenita Lathan the lone candidate for superintendent. (HISD)

Lathan isn't necessarily out of the running. During the board meeting on Thursday, trustees invited Lathan to apply for the position.

It wasn't immediately known if she intended to join the wider headhunt.

On Friday, Lathan released a statement, saying, "I respect the decision of the HISD Board of Education to resume the search for a superintendent. Just as my focus has been for the past five years in HISD, my goal remains the same: to continue to achieve academic excellence in the district and support each and every student, parent, and staff member to the best of our team's abilities."

Lathan has been shepherding Houston ISD over the last two-and-a-half years as its interim superintendent.

Lathan was appointed by unanimous approval to the interim role back on March 22, 2018, in the wake of Carranza's departure.

But later that year, the board replaced Lathan with Dr. Abe Saavedra, who was previously HISD's superintendent from 2004 to 2009. That decision to Saavedra was short lived. During the same week that trustees voted to replace Lathan, the board reversed the decision and kept her in the role.

Since her appointment, she oversaw the ongoing growth of Texas' largest school district in the face of multiple issues during her tenure so far. The district was under threat of a state takeover after 21 HISD schools received "F" ratings from the Texas Education Agency.

And in the last year, she worked to manage educational operations during the COVID-19 pandemic, facing the challenges of getting children access to remote learning devices and keeping students, teachers and staff protected from the virus.