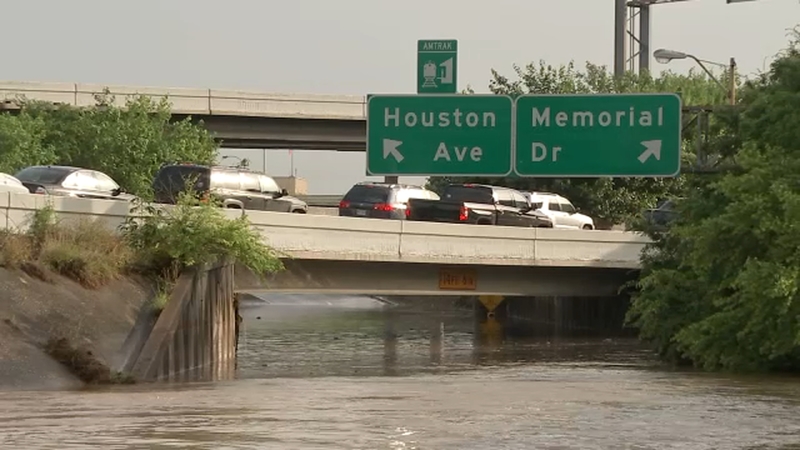 HOUSTON (KTRK) -- Texas Gov. Greg Abbott has taken notice of Houston's slow-moving progress with its Harvey recovery program. Although the city will likely receive additional help with projects to mitigate against future hurricanes or natural disasters, how much is spent and what contractors are chosen will now be done in Austin - not here.

"Houston and Harris County's lack of movement on Harvey housing recovery is the reason the city and county will not get a direct allocation. Victims need this money. That's why this will go through GLO," Abbott spokesman John Wittman told 13 Investigates' Ted Oberg.


Houston hoped to receive some of that funding directly. Now, Mayor Sylvester Turner says it's up to the GLO to make sure the program goes smoothly.

"If there will be any delay in the distribution and use of flood mitigation aid, it will come from the federal and state government," Turner said in a statement Friday.

In August, the U.S. Department of Housing and Urban Development released its rules for how the funds can be used. The GLO began drafting its state action plan before sending it to HUD and expects it'll about nine months to complete.

Although the GLO will be tasked with overseeing federal dollars for new mitigation programs, Harris County and Houston will retain control of funds that were previously allocated for housing recovery.

According to the city's latest report, only 15 people have been helped by Houston's existing program, despite more than 16,400 homeowners expressing interest in it. Harris County, whose program was approved after Houston's, has helped even fewer storm victims.

"The city has only received $1.3 billion for home repair and recovery and we are moving through that process," Houston Mayor Sylvester Turner said during ABC 13's mayoral debate on Wednesday.

Soon after the two-year anniversary of Harvey in August, Turner hosted a town hall where he acknowledged the city's Harvey housing recovery efforts have been "painstakingly slow."

"The process is antiquated and it does not work for the people who need help the most," Turner said during the Aug. 29 town hall at the Fifth Ward Multi-Service Center. "It's like being victimized all over again. It takes too long."

RELATED: "I came down here to raise $10k worth of hell' says Harvey victim

Residents outside of Houston and Harris County are seeing success faster. The GLO is operating its own Homeowner Assistance Program helping residents across the state. The state agency has already approved 1,274 applications for homes that are complete or under construction.

"Today is a historic day for our state," GLO Commissioner George P. Bush said. "Texas' top disaster preparedness and recovery leaders are focused on accomplishing broad, wide-ranging projects that will benefit the most Texans. I am committed to maximizing this historic funding by prioritizing regional partnerships to protect Texans from future storms."

The county says it is prioritizing flood mitigation projects and is working with state and federal officials to make sure these new funds are shared locally.

"As we saw yet again with Tropical Storm Imelda, Harris County is the epicenter for catastrophic flooding in Texas. That's why we've taken action to lead the nation in applying fair, fast, and smart approaches to flood control," Judge Lina Hidalgo said in a statement to 13 Investigates. "While we're disappointed in Governor Abbott's decision to run this program out of Austin instead of providing us local control, we'll continue to work as a team to make sure we apply every single federal dollar available towards building a stronger, safer Harris County."

A majority of the $4.3 billion in new funding will go toward Hurricane Harvey-related projects, but about $222.3 million will go toward projects from flooding in 2015 and 2016.

Houston will directly have control of about $60 million in mitigation funds for 2015 floods. But, the city won't control any of the $4 billion administered for Harvey recovery, despite Turner saying he's advocating for about half of it to go to the city and county.

"The city will continue to work closely with the General Land Office, including an effort by Houston and Harris County to receive $2 billion of the next $4 billion since, reflecting the damage done by Harvey to our local communities," Turner said in a statement. "Initial control of the $4 billion by the GLO poses no challenge to the city. The challenge is getting flood mitigation funds to Houston quickly. Installing new infrastructure to lessen flooding as soon as possible is critical. The city will work with GLO to distribute flood mitigation money in a way that will honor Houston's priorities, with street-level infrastructure projects as part of the mix."

"Sylvester Turner has shown he is incapable of managing this process. His long list of excuses, failures and broken promises have brought progress on flooding, drainage and disaster recovery and a litany of other problems to a standstill. One can't help but wonder if Turner's gift of more than $6 million of Houston Harvey funds to his former law partner was the straw that broke the camel's back with the state. He has had his chance. Now he needs to get out of the way so we can get the job done," King said in a statement.