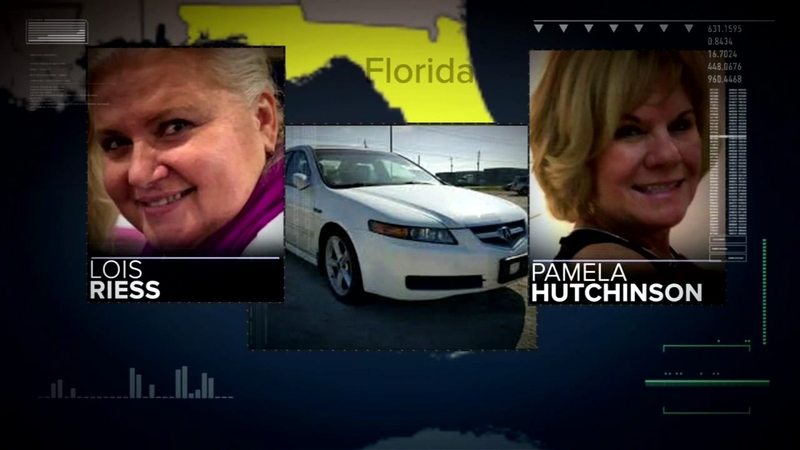 CORPUS CHRISTI, Texas (KTRK) -- A nationwide manhunt for a smiling, but wanted grandmother accused of murder has narrowed down to Texas after she was reportedly spotted in Corpus Christi.

Police say Lois Reiss, 56, is allegedly responsible for killing her own husband last month in Minnesota.

Following the murder, Reiss moved to a casino in Iowa and then on to Fort Meyers, Florida, where authorities say she befriended a woman who resembled her.

The release of a new surveillance video shows Reiss leaving a motel in Florida after she allegedly killed the woman just to steal her identity.

The video also shows Reiss driving her latest victim's car to Corpus Christi, where it was last spotted.

Authorities are warning everyone to be on the lookout, as they say, Reiss could be anywhere, and they fear she may kill again.
Report a correction or typo
Related topics:
corpus christicrimemurdertexas newswoman killed
Copyright © 2022 KTRK-TV. All Rights Reserved.
TOP STORIES
Harris Co. judge accused of unlawfully arresting former TV journalist
HPD responds to reports of threat at Ben Taub hospital, police say
Gulf disturbance up to a 40% chance of development
81-year-old missing for nearly week in need of medication, family says
50 migrants die after 18-wheeler abandoned in Texas heat
A glance at migrant smuggling deaths globally since 2000
Abortions before 6 weeks allowed to resume in Texas after court order
Show More
The Alley Theatre to be renamed after receiving anonymous $25M grant
Major crash blocks all lanes of SH 35, south of FM 518 in Pearland
Advocates believe migrants dead in 18-wheeler were headed to Houston
Epstein associate Ghislaine Maxwell sentenced to 20 years in prison
Grandmother of Uvalde school shooter released from hospital
More TOP STORIES News