Gov. Abbott to award Medal of Courage to man who shot and killed church shooter 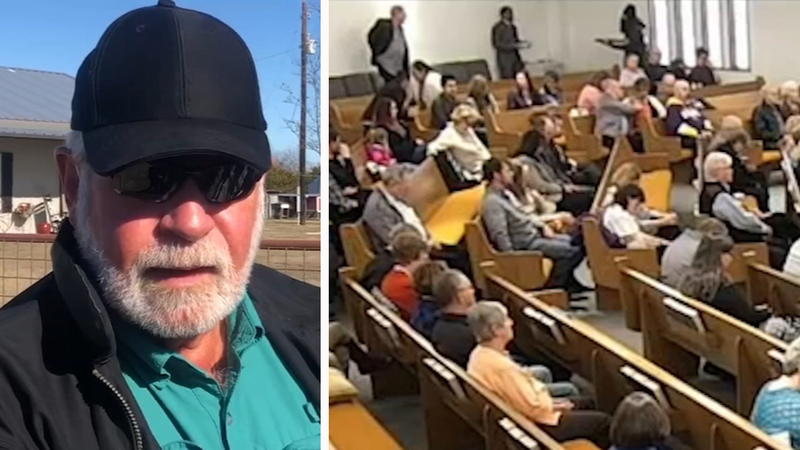 AUSTIN, Texas (KTRK) -- The man who shot a gunman in a Fort Worth-area church last month will be receiving the Medal of Courage presented by Gov. Greg Abbott.

Keith Thomas Kinnunen, 43, brought a shotgun into the West Freeway Church of Christ in the town of White Settlement during services and opened fire, killing church members 67-year-old Richard White and 64-year-old Anton "Tony" Wallace, according to police. Witnesses said he was wearing a fake beard, a wig, a hat and a long coat, which drew the attention of the church's security team.

Jack Wilson, head of the church's security team, jumped into action and fired a single round at Kinnunen, killing him and preventing further loss of life.

"The only clear shot I had was his head because I still had people in the pews that were not all the way down as low as they could. That was my one shot," Wilson said from his home in nearby Granbury, adding that several other churchgoers had their weapons drawn as well.

The actions of Wilson and other armed churchgoers quickly drew praise from some Texas lawmakers and gun-rights advocates. Texas officials hailed the state's gun laws, including a measure enacted this year that affirmed the right of licensed handgun holders to carry a weapon inside places of worship unless a facility bans them.

President Donald Trump tweeted about the attack, highlighting the role of armed citizens in stopping the shooter. "If it were not for the fact that there were people inside of the church that were both armed, and highly proficient in using their weapon, the end result would have been catastrophic. A big THANK YOU to them!" Trump tweeted.

Our prayers are with the families of the victims and the congregation of yesterday’s church attack. It was over in 6 seconds thanks to the brave parishioners who acted to protect 242 fellow worshippers. Lives were saved by these heroes, and Texas laws allowing them to carry arms!

But other Texas lawmakers, while praising the churchgoers' actions, called for a special legislative session to address gun violence after a devastating year that included mass shootings in El Paso and the West Texas cities of Odessa and Midland.

"As lawmakers, we must come together to address the rise in gun violence we have seen in Texas," state Sen. Beverly Powell, D-Fort Worth, said in a statement. "Yesterday's gunman had a long criminal record, including charges of aggravated assault and possession of an illegal weapon. We must respect the Second Amendment while also working together to keep guns out of the hands of those who wish to do harm to Texans worshiping in a church, attending school or shopping for their children."