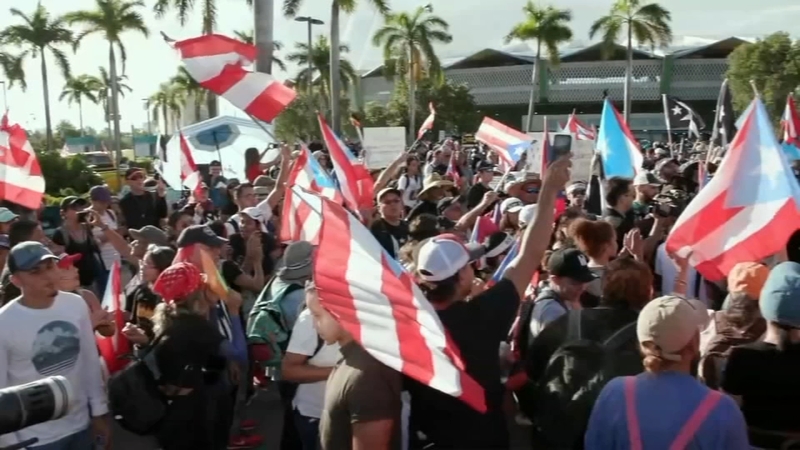 "I will continue to focus on helping our people regain their way in an orderly and peaceful fashion," she said in a statement. Vázquez is the second woman to hold the office.

The high court's unanimous decision could not be appealed. It settled the dispute over who will lead the U.S. territory after its political establishment was knocked off balance by big street protests spawned by anger over corruption, mismanagement of funds and a leaked obscenity-laced chat that forced then-Gov. Ricardo Rosselló and several top aides to resign.

But it was also expected to unleash a new wave of demonstrations because many Puerto Ricans have said they don't want Vázquez as governor.

"It is concluded that the swearing in as governor by Hon. Pedro R. Pierluisi Urrutia, named secretary of state in recess, is unconstitutional," the court said in a brief statement.

Pierluisi said that he had stepped forward to help islanders "in the best good faith and desire to contribute to the future of our homeland," but that he would respect the court's ruling.

Chicago's Puerto Rican community has also been keeping a close eye on developments in the the U.S. territory. Many were pleased that Puerto Rico's Supreme Court ousted Pierluisi.

But Luis Gutierrez, a former Chicago-area congressman who now lives in Puerto Rico, said Vázquez isn't the answer either.

"There are a lot of problems that we have here, we had a corrupt government and a government that showed it despised the very people that it governed over," Gutierrez said.

He said Vázquez did nothing to investigate the corruption when she served as Justice Secretary under Rosselló.

"Let's create a party that reflects the feelings of all those who rose up and let's make sure democracy is going to prevail on this island," Gutierrez said.

Charles Serrano, with the Chicago organization Puerto Rican Agenda, said the island has deeper issues than figuring out who is going to be the next governor.

He said Puerto Rico needs to identify a long-term solution to solve its financial problems.

Serrano said the debt of more than $70 billion "has to be questioned, Congress has to audit it."

"We really have to figure out where did that money go and who signed off on it," he said.