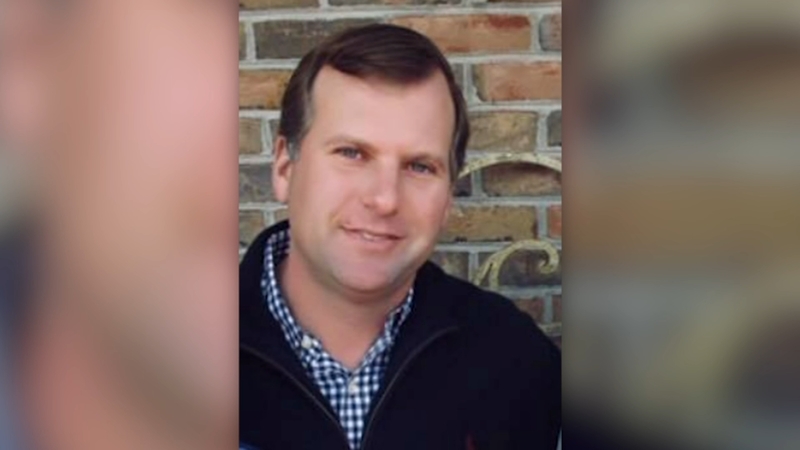 KENNESAW, Ga. -- After a statewide manhunt, a suspect has been captured and charged with murder in a triple homicide that unfolded at a country club near Atlanta last week, authorities said.

Bryan Rhoden was apprehended in Chamblee, Georgia, about a half-hour from the crime scene, Thursday evening in connection with the shootings with help from the U.S. Marshals Service, the Cobb County Sheriff's Office said.

Rhoden was identified as a suspect in the days after the incident at the Pinetree Country Club in Kennesaw, and has ties to the metro Atlanta area, Fox said.

On July 3, a golf pro was gunned down in broad daylight at the country club's golf course and two other men were found shot dead in the bed of pickup truck that was parked on the green, according to police.

Fox did not share details on any possible motive in the murders or how Rhoden was allegedly tied to the shootings due to the active investigation.

Eugene Siller, 46, a golf pro who worked at the course, was shot in the head on the green of the 10th hole after apparently stumbling upon a crime in progress, according to police. He was killed "because he witnessed an active crime taking place," police said. There is no connection between Siller and the suspect, Fox said.

The two other victims -- 76-year-old Paul Pierson of Kansas and 46-year-old Henry Valdez of California -- were found in the bed of a white Ram 3500 pickup truck nearby. They were believed to have been killed on the golf course not long before they were found, Fox said. The chief did not share any further details on the kidnapping charge.

Police allege that Rhoden was the lone shooter in the incident.