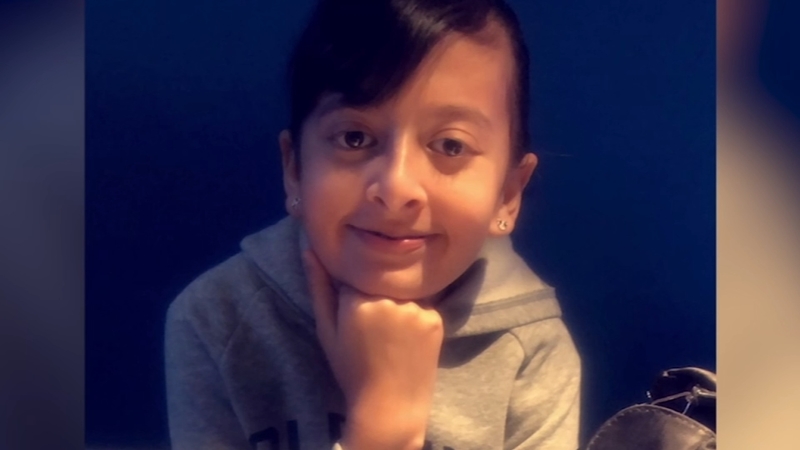 HOUSTON, Texas (KTRK) -- A 10-year-old girl was killed by an alleged drunk driver and now her loved ones want to send a message about the dangers of drinking and driving.

Dalilah Gonzales had big plans. She wanted to work for Disney or Google.

On the afternoon of Oct. 27, she, her mom Hillery and her mom's friend Stephanie, were all headed home on I-10 near Taylor. Dalilah was in the backseat.

"All of a sudden, we just saw cars come to a stop, and Hillery pressed her brakes," said Stephanie Salazar, a close family friend.

As this was happening, Stephanie, who was sitting in the front driver's seat, remembers what Dalilah said.

"She was laughing, (saying) 'I'm spam-texting grandma right now.'" "And then boom, I just remember just seeing airbags shoot out at me and the window shattered," said Salazar. As all this happened, "I remember looking at Hillery and she looked at me and we both looked at each other like what just happened but our first reaction was Dalilah," said Salazar.

The person who allegedly hit them was Felix Marcelino Vega.

Police say he was drunk when he crashed into the back of their car.

Dalilah was rushed to the hospital, where she later died. All over something Stephanie says could have been prevented.

"Because of your dumb decision you took a child from her mom, she was the only child," said Salazar.

With Halloween just around the corner, Salazar and Dalilah's family are making a plea, asking people to not drink and drive.

They are also praying for justice for a 10-year-old girl who had such a bright future.

Dalilah's funeral will be Saturday, Nov. 2nd at 11 a.m. at Lakewood Church. The public is welcome to attend.

RELATED: 10-year-old killed when suspected drunk driver slams into car from behind.