Girl, 2, dies after being left in hot car in Dallas 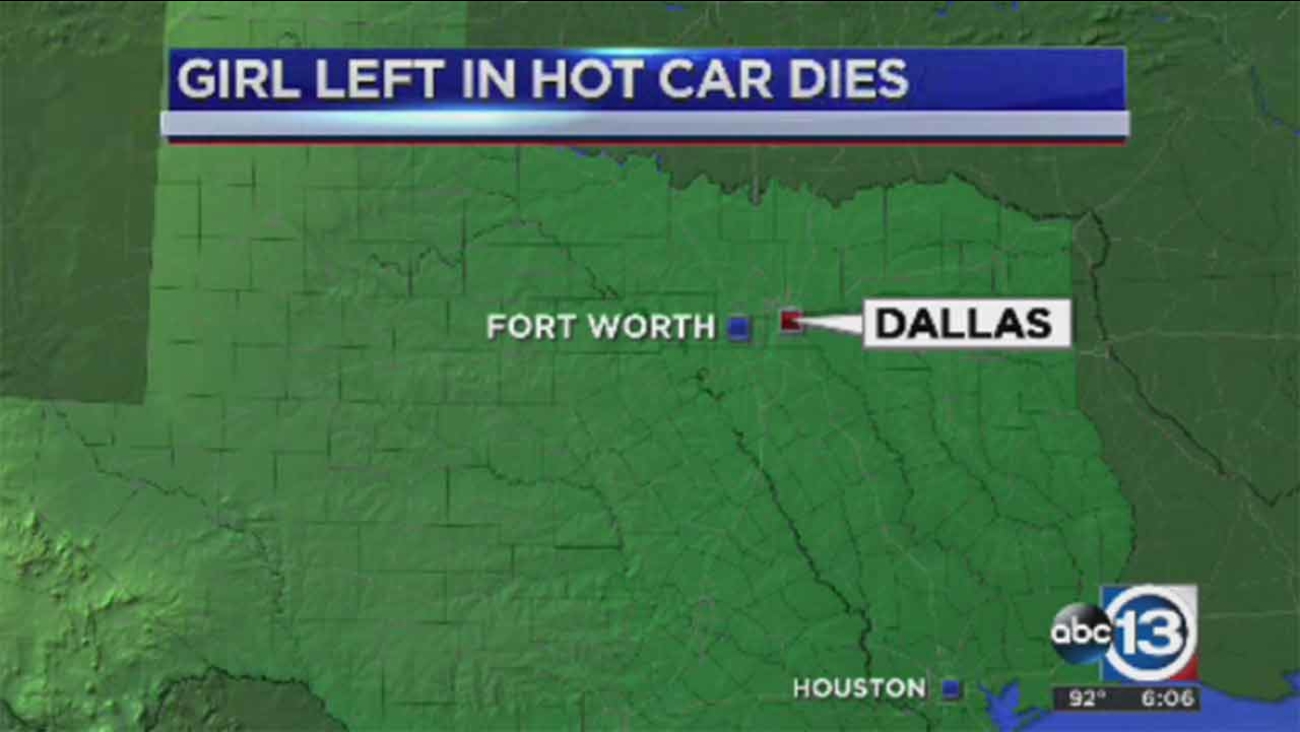 DALLAS, TX -- A 2-year-old girl has died after being left in a hot car when her family apparently overlooked her when they returned to their Dallas home from an outing.

Investigators say they were told by the girl's parents that the family took a nap after returning home Friday, with the child left in the car. The parents thought all their children had exited the car. It wasn't clear how many children they have.

The girl was discovered in her child safety seat when her father went back outside later in the day. She was taken to a hospital where she died.

No charges had been filed as of Saturday and Dallas police continue to investigate.