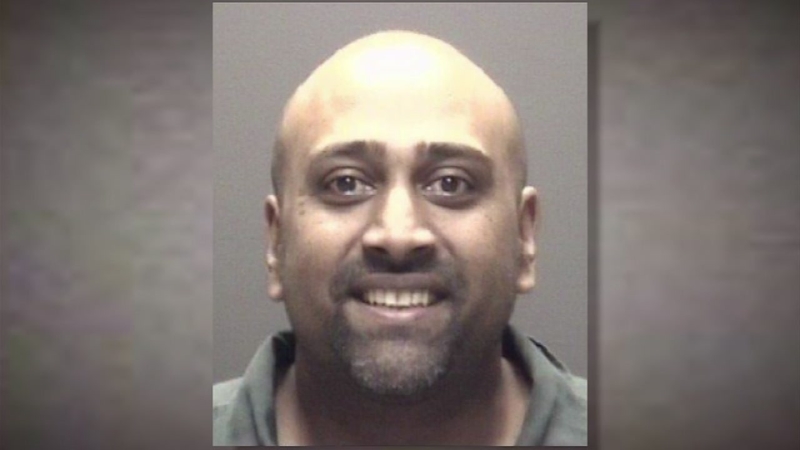 Girl describes moment her father was shot to death

LEAGUE CITY, Texas (KTRK) -- An 11-year-old girl details the moment her father was shot to death in just-released 911 calls.

"Please send someone over right now, please," the girl pleaded with the operator on the night of June 28. "My mom's ex-husband, um. He, like, literally stalks us and he's at our house right now and I knew he would come on my birthday because it's all because of me. Just, please, come over here. Come over here as fast as you can."

The girl and her best-friend were still in the car in the driveway of the family's League City home on Mayhill Ridge Lane, watching the situation escalate from confrontation to murder. She called 911 as her mother was on the phone with them, too.

He smiled for his mugshot while charged w/shooting his ex & also killing her husband. Just-released 911 calls reveal possible motive.#ABC13 pic.twitter.com/R6wZXm4wuw

"He's my ex-husband. My name is Amanda Harris. I have an ongoing case against him. He's been told by the police to stay away. He's been trespassing. He's been stalking me for years," Harris told the operator about her ex-husband, Sayantan Ghose. The two divorced in December 2008.

The family had just arrived home to find Ghose at her door. Harris and her husband, Wayne Harris, grabbed their guns. A 17-year-old son made another 911 call from inside a closet where he was hiding with his 3-year-old sister.

It didn't take long for things to get worse -- screaming followed the gunfire.

Mom of suspect in League City murder distances herself from her son.

Wayne Harris was shot at least seven times and died. Amanda Harris, shot twice, survived. Ghose took off and was arrested the next day in New Mexico. He smiled for his mugshot when he was brought back to face charges for the murder and shooting. He remains in the Galveston County jail on a $1 million bond.

"How many times do you have to be told not to come to my house? We've been divorced since 2009. 2009!" Amanda Harris screamed at Ghose before the shooting.

Harris declined an interview but told Eyewitness News, "Seems like we all died that dreadful evening. We are so lost without him (Wayne Harris). He was such an amazing man, father and husband."