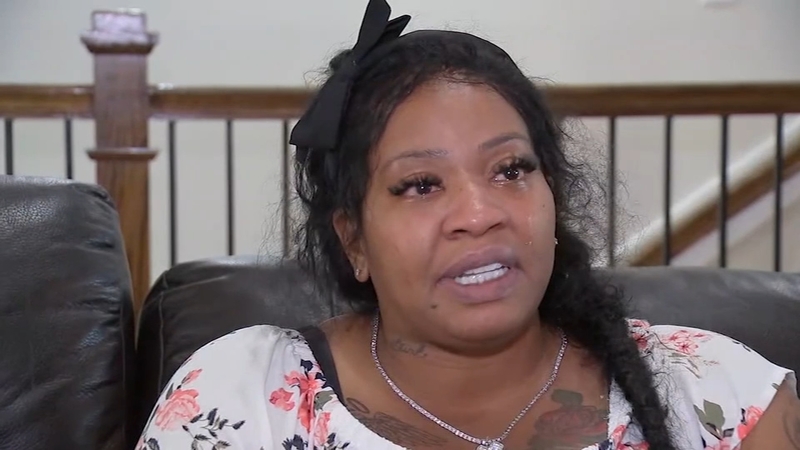 George Floyd's family is flattered that lawmakers are pushing for change

The mother of George Floyd's youngest child, along with her brother-in-law, Milton "Poboy" Carney, sat down with ABC13 to discuss how the family is doing since Floyd's death.

Their focus, understandably, has been Gianna's well being. "She believes, she believes there are good cops," said Washington. "She's had interactions with good cops, but she knows what those police officers did to her father."

The death of Floyd at the hands of a police officer, captured on video, ignited a nationwide movement, with protests and demands for change at both the federal and state levels.

Just this week, the Texas Legislative Black Caucus announced it will be introducing the George Floyd Act when the Texas legislature reconvenes in January.

Milton "Poboy" Carney, one of Floyd's best friends, says he will lobby to get that bill passed into law. In fact, Carney's entire life has changed since the death of his friend.

"It made me grow up a lot," he said. "It made me feel stronger, protector for my family and the women in my family."

Carney, like Floyd, grew up in the Cuney Homes housing projects in Houston's Third Ward. Like Floyd, he had his run-ins with the law, and spent time behind bars.

However, since his death, Carney has traveled around the country, speaking at various rallies about social justice. Along the way, he's also realized not voting is one reason his community never had a voice.

Floyd and Washington say they are now actively encouraging everyone in their communities to sign up and vote. They now see how one person can impact the world, and every vote matters.