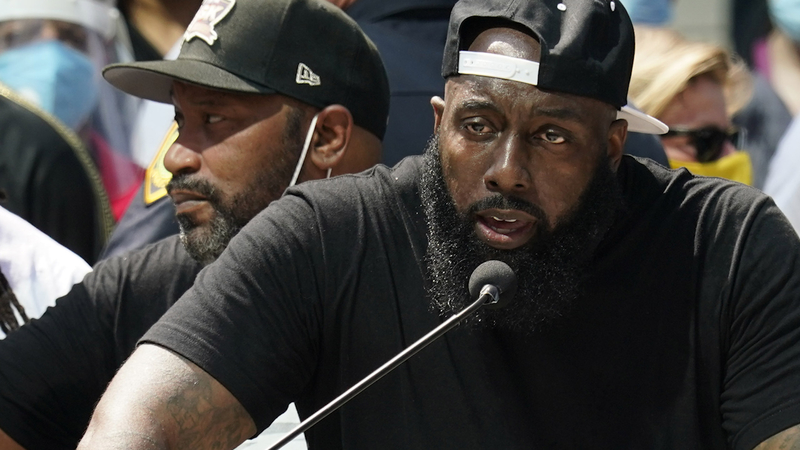 HOUSTON, Texas (KTRK) -- The two Houston entertainers who organized a march for George Floyd in Houston are speaking out after learning about the charges against the officers involved Floyd's death.

"I already knew it was coming," Houston rapper Trae Tha Truth said. "I just had to wait until they announced it. They definitely deserve it."

On Wednesday, prosecutors upgraded the charge against the Minneapolis police officer accused of pressing his knee against George Floyd's neck to second-degree murder, while also charging the three other officers on the scene with aiding and abetting.

The updated criminal complaint against Derek Chauvin says the officer's actions were a "substantial causal factor" in Floyd's death.

"The four officers need to be held accountable and found guilty. But we don't want to say we aren't concerned about the officers who have killed others either. I feel like this is a start and I don't feel like it's ever too late to fight for justice for others," Trae said.

The charges come one day after Trae and Bun B organized a march of 60,000 in honor of Floyd in Houston.

Floyd's family and protesters have repeatedly called for criminal charges against all four officers as well as more serious charges for Chauvin, who held his knee to Floyd's neck, despite his pleas that he couldn't breathe, and stayed there even after Floyd stopped moving.

Both entertainers said even though they are proud to hear about the charges against the officers, they know their work on the front lines of social injustice isn't done.

"Now that we have arrests in the murder of George Floyd, we want to stay focused on what kind of changes they are giving and we want to make sure we ride through the prosecution and the conviction of these officers," Bun B said.