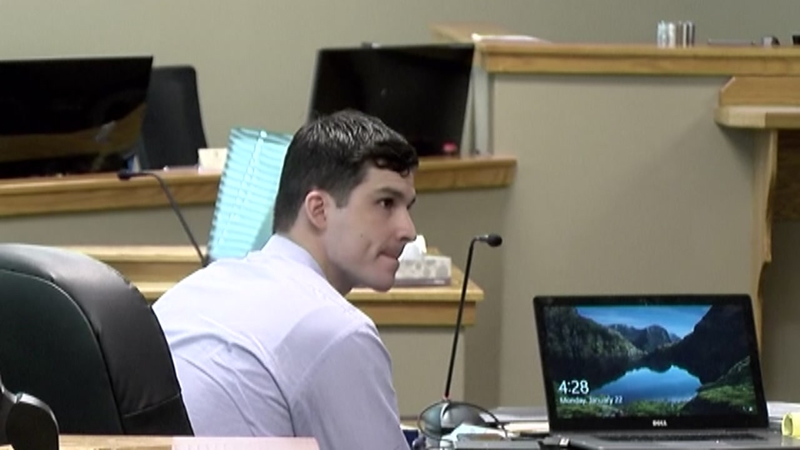 SPLENDORA, Texas (KTRK) -- Montgomery County jurors have convicted a man who was accused of causing the high-speed chase that led to a crash that killed a police officer and an 11-year-old boy.

Garret William Nee, 30, was found guilty of murder in connection to the death of Patton Village police Officer Stacy Baumgartner, who was killed in a wreck during a June 2016 pursuit.

According to an incident report of the chase, Nee tried to get away from Baumgartner, traveling westbound on Highway 242 near Conroe. Nee went through the intersection at FM 1484 on a yellow light, according to testimony in the trial.

Baumgartner followed but was T-boned by another vehicle. The collision sent Baumgartner's patrol cruiser into a pole, killing the officer, according to the report.

Officer Stacey Baumgartner and 11-year-old Adam Hilario were both killed in the accident on June 19.

The other vehicle involved in the wreck rolled over and ejected several people inside. Adan Hilario Jr. was killed as a result.

Before the crash, Patton Village police said Baumgartner responded to a call of a man urinating on a sidewalk and exposing himself to customers at a Valero gas station just off the Eastex Freeway.

According to police, Nee attempted to run down Baumgartner before the chase began.