CHICAGO, IL -- The Chicago Police Department will drain the Garfield Park lagoon where a toddler's head, feet and hands were found over the weekend.

Investigators believe the body parts belong to the same child: an African-American child between the ages of 2 and 3 years old. However, tests will be conducted to rule out multiple victims.

Divers searched the lagoon for more remains after the discovery on Saturday. On Tuesday, Spokesman Anthony Guglielmi said police have asked the water department to start the process of draining the water. That could take 2 to 5 days, as the Chicago area is expecting rain.

Chicago Water Management crews arrived at the lagoon Tuesday morning. They will dam off the east side of the lagoon at Central Park Avenue and pump the rest of the water into sewers on Hamlin Boulevard, which will be closed from Lake Street to Washington Boulevard.

Once the draining and investigation is complete, the temporary dam will be removed to allow the water to flow back into the west side. Future rainwater will refill the lagoon to its regular level.

Guglielmi said detectives combed through missing persons reports filed in and around Chicago, but have found no promising leads. 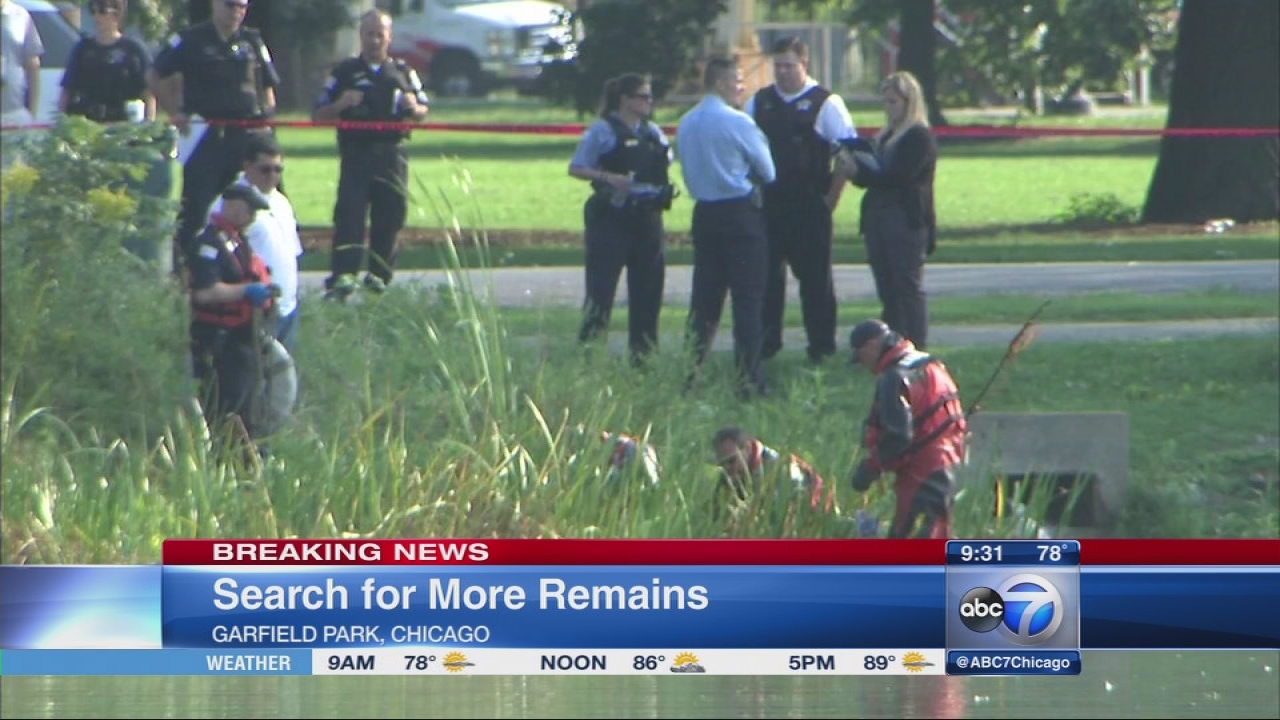