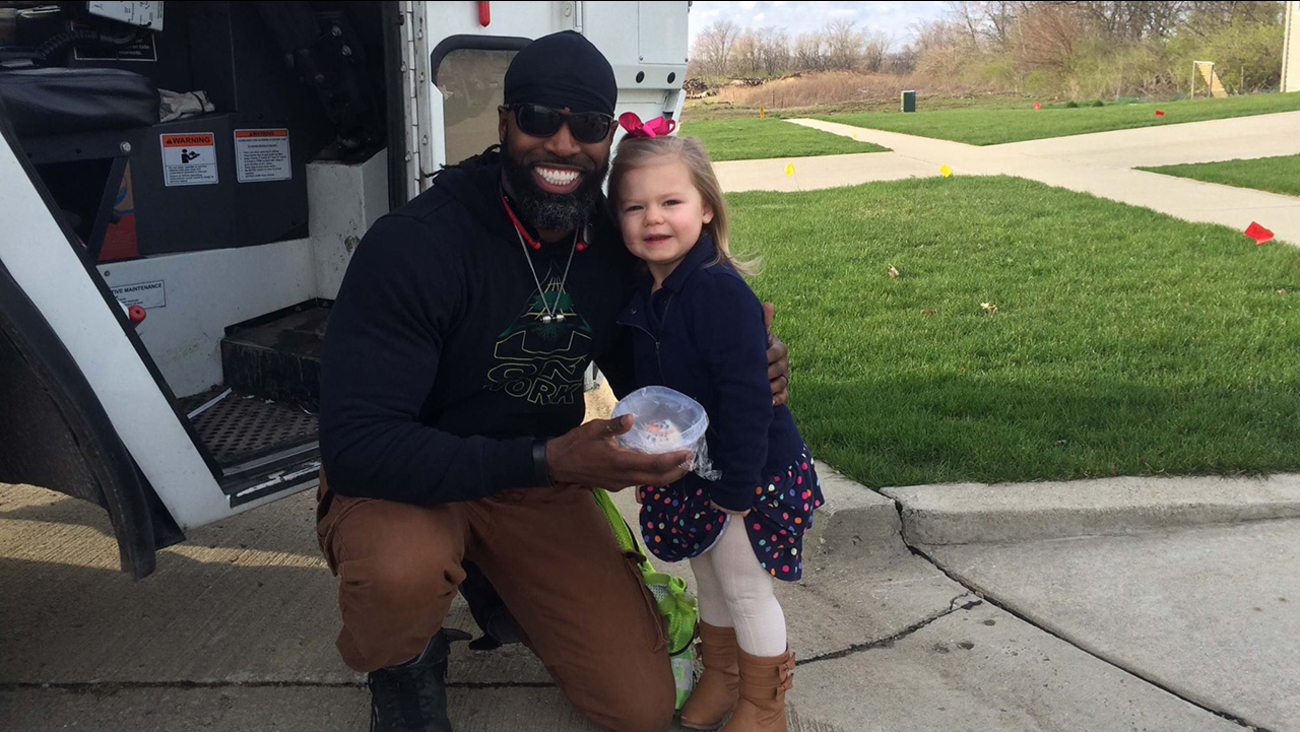 BLOOMINGTON, IL (KTRK) -- It doesn't take much to make someone's day, and a little girl named Brooklyn is learning that lesson from a young age.

Every Thursday for the past year, Brooklyn and her mother wait at the window of their Bloomington, Illinois, home for the garbage truck to arrive. As Brookyln's mother wrote in a Facebook message to the city, they wait there because they have an unspoken meeting with the garbage man.

"It started with waving from the window, then we had to try and be outside to wave, and when we missed the truck driving by the house, I'd drive around the neighborhood to find the garbage truck and wave," the mother wrote.

Their quick encounter is always worth it.

"Every... Thursday, my heart is full when I see the joy that our amazing garbage man brings Brooklyn when he honks and waves at her with a BIG smile," Brooklyn's mother wrote.

When Brooklyn's birthday rolled around, she and her mother decided to take the next step.

"Brooklyn and I wrapped up one of her birthday cupcakes and waited for him. When he came down our street, she ran to the corner. We were waving like usual and I motioned for him to come over by us. He pulled over, got out and gave us his BIG smile. Brooklyn was instantly speechless as she handed him the cupcake," her mother wrote. 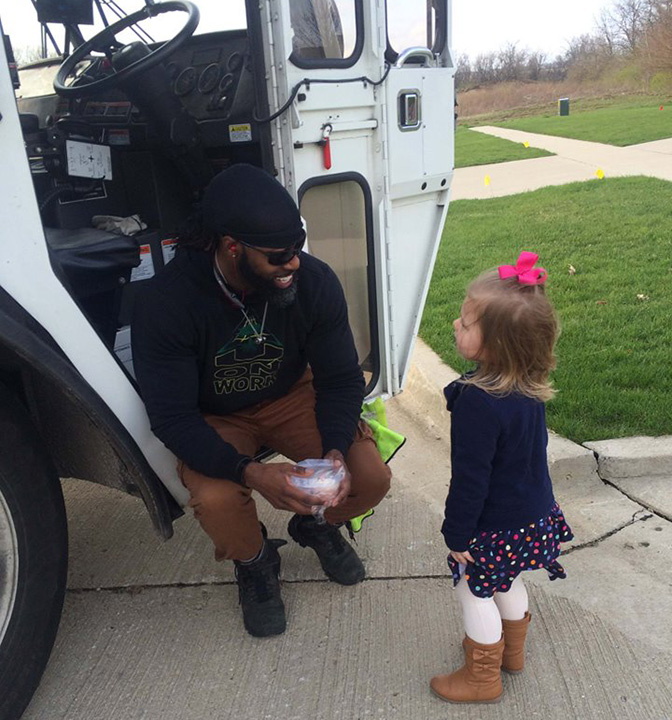 Brooklyn's mom explained to the garbage man that their brief encounter made each Thursday special. Turns out, the feeling was mutual.

"He said that he has a meeting every Thursday morning and always tries to get out of there in a hurry so that he can make sure to see us every week," the mother wrote. "He said he doesn't have any kids of his own, but he mentors several children and just loves them."

After their meeting, Brooklyn simply told her mother, "Mommy, I'm so happy."

Brooklyn's mom said she never asked the garbage man for his name, so for now, they'll just continue to call him "our favorite awesome smiley garbage man."