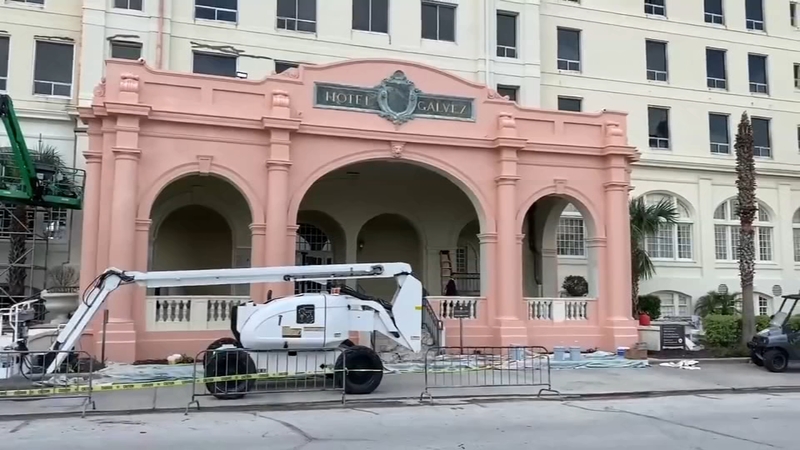 Changes are in store for treasured Galveston hotel

GALVESTON, Texas (KTRK) -- Galveston's historic Hotel Galvez has a new owner, and that means some changes are coming to the island.

Hotelier Mark Wyant bought the property from the heirs of Galveston Island-born oilman and developer George P. Mitchell, closing on the purchase in May. Immediately after that, Wyant announced that the hotel will be renamed the Grand Galvez Resort & Spa.

"I know and respect that this property has a long and storied history. However, the new name, Grand Galvez Resort & Spa, will reflect the beautiful renovations and new energy I will bring to the resort and all its amenities," said Wyant. "My primary goal is to embody the hotel's beautiful architectural design while, at the same time, introduce an upgraded luxury and energy, which will attract even more guests to ... Galveston."

The iconic property remains a landmark, sitting on the stately property facing the Gulf of Mexico. But there are more changes expected for the famed hotel.

Island residents have been buzzing as the building has been seen sporting a coat of pink paint. The general manager told ABC13 that the current work being done hopes to restore the building to the way it appeared in 1911, and it was flamingo-colored during that era.

The paint and other remodeling is part of a nearly $40 million renovation project.

"My plans include renovations of the hotel rooms, common areas and hospitality settings as well as the addition of exciting entertainment venues, which will bring a new vitality to the Grand Galvez Resort & Spa," said Wyant.

For now, the pink paint will only be used for a small portion at the rear of the building, facing away from Seawall Boulevard. The manager explains before they take the project further, they want to see how the paint color holds up in the Texas sun.