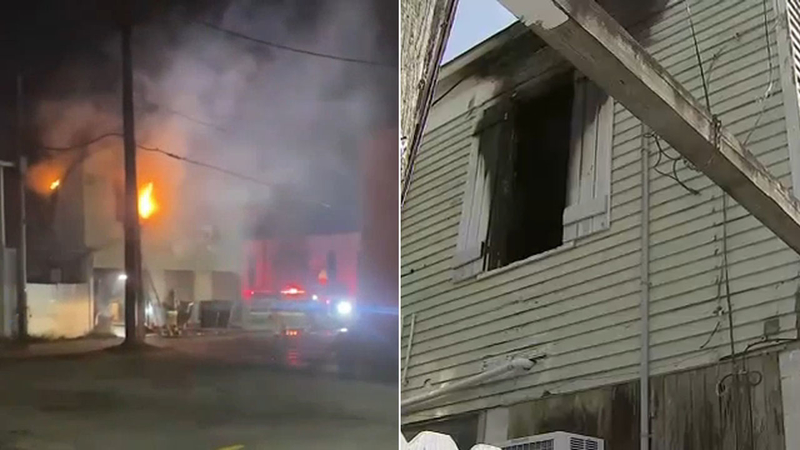 GALVESTON, Texas (KTRK) -- The two children who died in a Galveston apartment fire that their father was able to escape from were just 2 and 3 years old.

Medical examiners identified the victims as Logan Jones, 2, and Jade Jones, 3. They were the ones who perished in the fire early Saturday morning on 22nd Street and Avenue K.

The children's toxicology results remained pending, and the victims did not die from burn injuries, the medical examiner added. They likely died from smoke inhalation.

Monday was the first chance that fire investigators were able to do interviews, the island's fire chief said.

The fire's cause remains a mystery, but the investigation's direction is leaning towards an accidental cause, the chief added.

The tragedy is hitting particularly hard on the city's firefighters, who identified Logan and Jade's father, Dustin Jones, as one of their own.

Assistant Fire Chief Michael Varela confirmed Jones, the person who escaped the burning apartment, works as a Galveston firefighter, employed with the city for three and a half years.

The fire also threatened neighboring units, including an apartment belonging to one of the young victims' relatives.

Crews located the children in the same room together. They were rushed to UTMB Health Trauma Center at John Sealy Hospital, where they were pronounced dead. Dustin Jones was also taken to the hospital but has since been released.

The fire department stated it will release more information in the coming days.