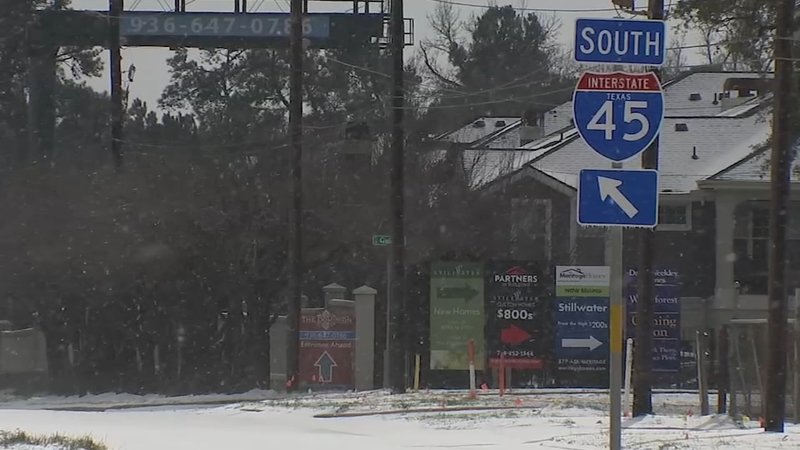 Jack Roady told ABC13 news partner I-45 Now that once the Galveston County Medical Examiner determines the number of deaths related to the cold, he will ask local police agencies to investigate the circumstances surrounding them. At the same time, he says, his office will be looking into who is responsible at the state level for making decisions to cut power and why.

"And once those investigations are done, we're going to look at that evidence and determine whether there is evidence to support a criminal charge," Roady said.

The death toll from the winter storm and the resulting power outages continues to rise.

In Galveston County, there have been two confirmed exposure deaths and one confirmed carbon monoxide poisoning death, but more autopsies are pending.

On Tuesday, the medical examiner, which also serves Matagorda and Brazoria counties, requested a refrigerated truck, which has since been delivered.

It was the same day that Laura Crow lost her older brother, Wesley Crow, 57. The old farmhouse where they live outside Santa Fe had been without power and heat for almost two days.

"He just collapsed, his eyes rolled up into his head and just stopped breathing," Crow told ABC13. "I think absolutely, the cold absolutely was detrimental to his health and not being able to not get warm did not help that situation."

Crow's cause of death has not been determined.

Fort Bend County reports three cases where exposure was a contributing factor. Additionally, three children and one adult have died in a house fire that, firefighters said, may have started from their efforts to get warm.

Roady is the first to float the idea that some of the deaths could be criminal.

"This is an unprecedented event and it does deserve to be investigated," he said.