2 bodies may have been left inside Fulshear home for a few days, police say 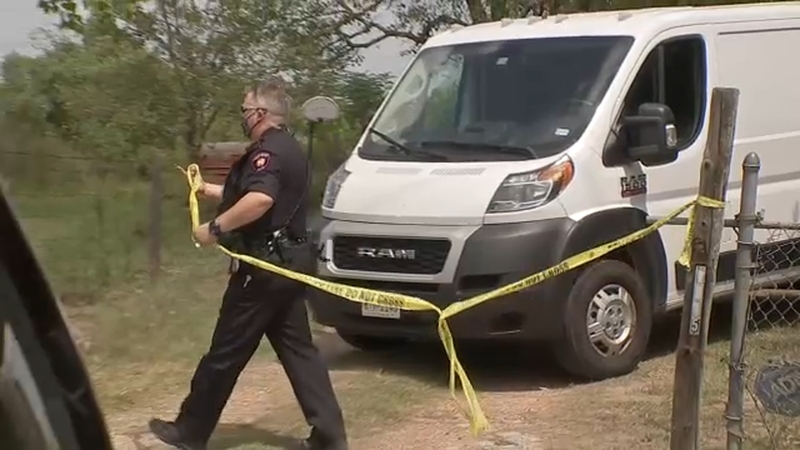 FULSHEAR, Texas (KTRK) -- Police are not suspecting foul play after a welfare check uncovered the bodies of two men inside a home in Fulshear on Monday.

Fulshear Police Department said officers were called to a home in the 7400 block of Katy-Fulshear Road late Monday morning.

Police believe one of the bodies belongs to the person living at the home. The remains of the other person are believed to belong to a neighbor who lives down the street, police said.

The police department later said the men had been dead for a few days, and that the home was locked with no sign of forced entry.

Autopsies results are pending for the two men.

The police department remarked on the deaths in a news release later in the afternoon.

"Our deepest thoughts and prayers are with the families and friends of these two Fulshear residents. We are a small city and we all hurt when we lose our own," the police department stated.
Report a correction or typo
Related topics:
fulshearpolicedeath investigationbody found
Copyright © 2022 KTRK-TV. All Rights Reserved.
DEATH INVESTIGATION
Police have no leads on skeletal remains found nearly 6 months ago
Bonds set at $1M for mom, $250K for dad in 2-year-old boy's death
'He didn't deserve this': Boy had repeat head trauma before death
Skeletal remains found under floorboards by home remodelers, HPD says
TOP STORIES
Lina Hidalgo suggests DA could have her 'indicted' as political ploy
Police have no leads on skeletal remains found nearly 6 months ago
18-year-old arrested in shooting death of man with cane, HPD says
Families of children with disabilities get wheelchair accessible vans
Missionary sentenced to prison for sexually assaulting child
Here's why we're increasing rain chances and rainfall amounts
Man shot to death during argument in hotel parking lot, HPD says
Show More
Biden invokes Defense Production Act for formula shortage
1st monkeypox case in US this year reported in Massachusetts
Texas has 10 days to fix Harvey plan that gave Houston $0, feds say
Fort Bend ISD expands prekindergarten program to 35 campuses
New photos released as search for escaped Texas inmate continues
More TOP STORIES News