"Free Guy" follows a video game character who goes rogue. What ensues is an action-packed, and stunt-packed, adventure.
OTRC
By George Pennacchio 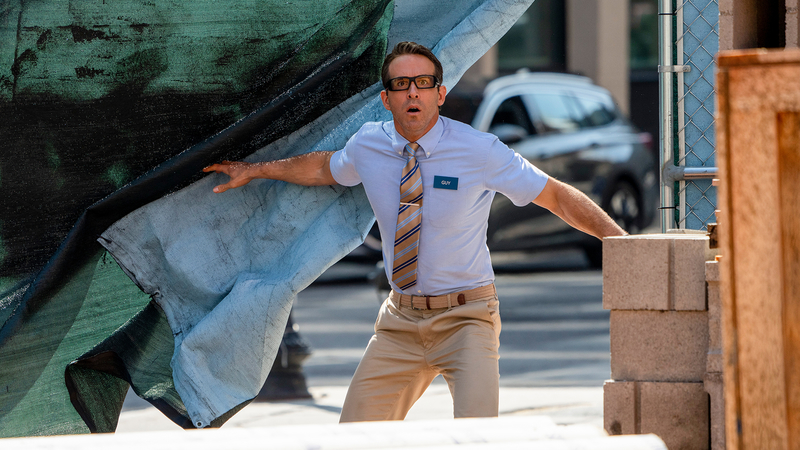 What happens when a non-playable character "wakes up" and starts taking charge of his life amid a violent video game? Ryan Reynolds would say its a fun, but painful, adventure.

Reynolds returns to the big screen in the action-comedy, "Free Guy," which follows a bank teller, named Guy, who discovers he's really only alive in the world of a popular video game. Suddenly, Guy goes rogue and what ensues is an action-packed, and stunt-packed, quest.

"You know, you got to put a little blood in the game if you want some results," the actor joked. "I definitely take a bit of a punishing beating on this particular film."

The film is full of special effects that take place in another world. However, Reynolds says it's about so much more.

"You're smuggling all these other ideas and thoughts and feelings into something and using that as a vessel to kind of tell your story," he said. "So, no. The movie is not a video game movie but it does take place in a manufactured digital world where this character sort of lives."

Ryan Reynolds talks about incorporating Deadpool into the MCU for a promo for "Free Guy," breaking the internet in doing so.

Reynolds is also very excited to be one of the film's hands-on producers for "something that is totally original."

He described the film as "a big, sort of feel good, fastball of joy, summer blockbuster," and added, "These are hard to come by -- that are not based on a sequel or based on a comic book or based on some sort of pre-existing thing. So they have to be so good in order to work."

ABC7's George Pennacchio has been interviewing Reynolds for a long time. Mid-interview, he showed the actor a photo they took together in 1998 when he got his big break on ABC's "Two Guys, a Girl and a Pizza Place."

Reynolds laughed and said, "Still one of my favorite jobs I ever did, you know, in my whole life, so much fun. I still look back on that as one of the greatest times in my life."