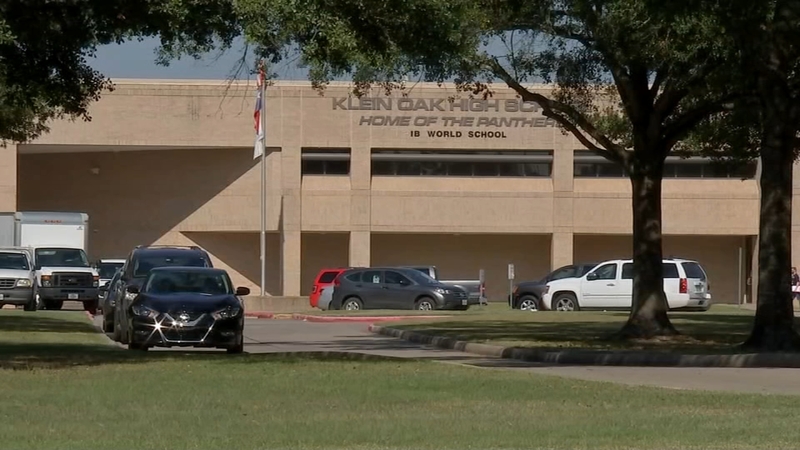 A former Klein Oak High School student won a $90,000 settlement over a lawsuit claiming she was harassed by a teacher for sitting during the Pledge of Allegiance.

On Tuesday, civil rights organization American Atheists announced the successful settlement on behalf of the nonreligious student. This was the result when Benjie Arnold, the student's 12th-grade sociology teacher, agreed to settle the case.

The suit filed in 2017 claimed the student experienced years of criticism from teachers and administrators over her refusal to recite the Pledge because she objected to the words "under God."

"Nonreligious students often face bullying or harassment for expressing their deeply held convictions," Nick Fish, the president of American Atheists, said in a release. "The fact that this happened in a public school and at the hands of staff who should know better is particularly appalling."

Following about five years of litigation and the teacher's decision to settle, the Texas Association of School Boards, a risk pool funded by Texas school districts, paid $90,000 to resolve the case before trial.

According to American Atheists' lawsuit, the student was subjected to discrimination and harassment in the classroom for acting in accordance with her views throughout her time in high school. The situation contributed to her mother's decision to withdraw her from school in favor of temporary homeschooling. When she returned, the discrimination she faced for sitting out the Pledge resumed and intensified.

In one incident, Arnold allegedly singled the student out and retaliated against her for sitting out the Pledge after the teachers had been informed of the student being exempt under state law during a staff meeting. After she refused, Arnold reportedly told the student that he had no option but to give her a zero.

Several teachers and two principals are among those included in the lawsuit.

"The classroom is not a pulpit. It is a place of education, not indoctrination," said Geoffrey T. Blackwell, litigation counsel at American Atheists, who handled the case and settlement negotiations in partnership with Texas civil rights attorney Randall Kallinen.