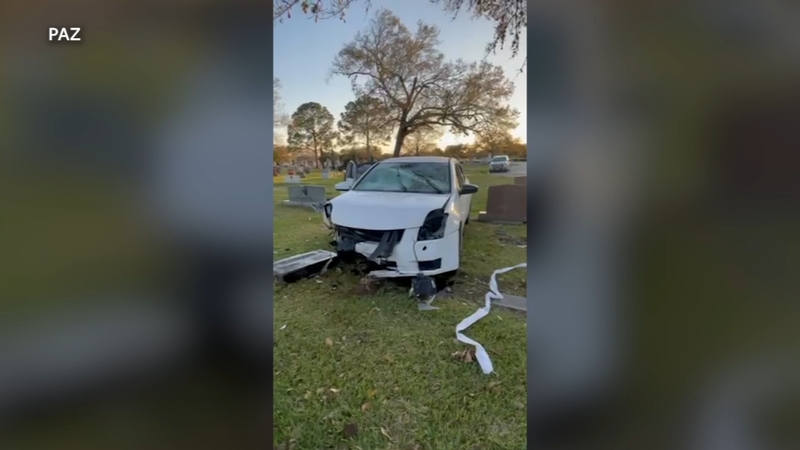 Houston police responded to a crash at the 6800 block of Lawndale at about 7 p.m.

Upon arrival, suspects fled the scene despite there being multiple witnesses and video, police said.

One witness told ABC13 that the driver was speeding in the cemetery before running over multiple gravesites and taking off.

Another witness said he was visiting his late father at the cemetery when he saw the car wrecked. He recorded video of the suspects attempting to move the car.

When they realized the car was stuck, they fled the scene.

Multiple grave markers were damaged, but a spokesperson for the funeral home said all the memorials had since been repaired as of Monday.

No one has been taken into custody at this time.