HOUSTON (KTRK) -- For the second time in two weeks, Houston police are investigating a smash and grab burglary inside a Citi Trends, a clothing store.

Investigators say around 12:30am, three thieves broke into the store at 8503 Mesa Drive near Laura Koppe Road. They got inside by crashing a silver Ford F250 through the front window, breaking the burglar bars. The men got away with a safe.

The men then led police on an off road chase, slamming into a wooded area near a bayou. Witnesses at the scene say the Ford F250 ran off the road and over an eight-foot concrete embankment. It came to rest on the bike path on the bank of the Halls Bayou.

Police say two suspects ran and jumped into the bayou and swam away. HPD spotted them but then lost them. The third suspect ran down the bike path.

HPD brought out a chopper and at least one K9 unit to look for the suspects, but all three are still on the loose.

HPD believes these may be the same suspects who targeted a separate Citi Trends last Friday morning.

In that case, someone took a safe and left behind thousands of dollars in damage at the same clothing chain, on the north side. That incident happened around 3am at the Citi Trends on Imperial Valley at Greens Road. An alarm sounded inside the business. When officers responded, they found a large hole in the wall, with no suspects around. Police say again, it appeared the thieves used a vehicle to smash into the building, getting away with a safe.

Anyone with information on either robbery asked to call Houston Police or Crime Stoppers at 713-222-TIPS. 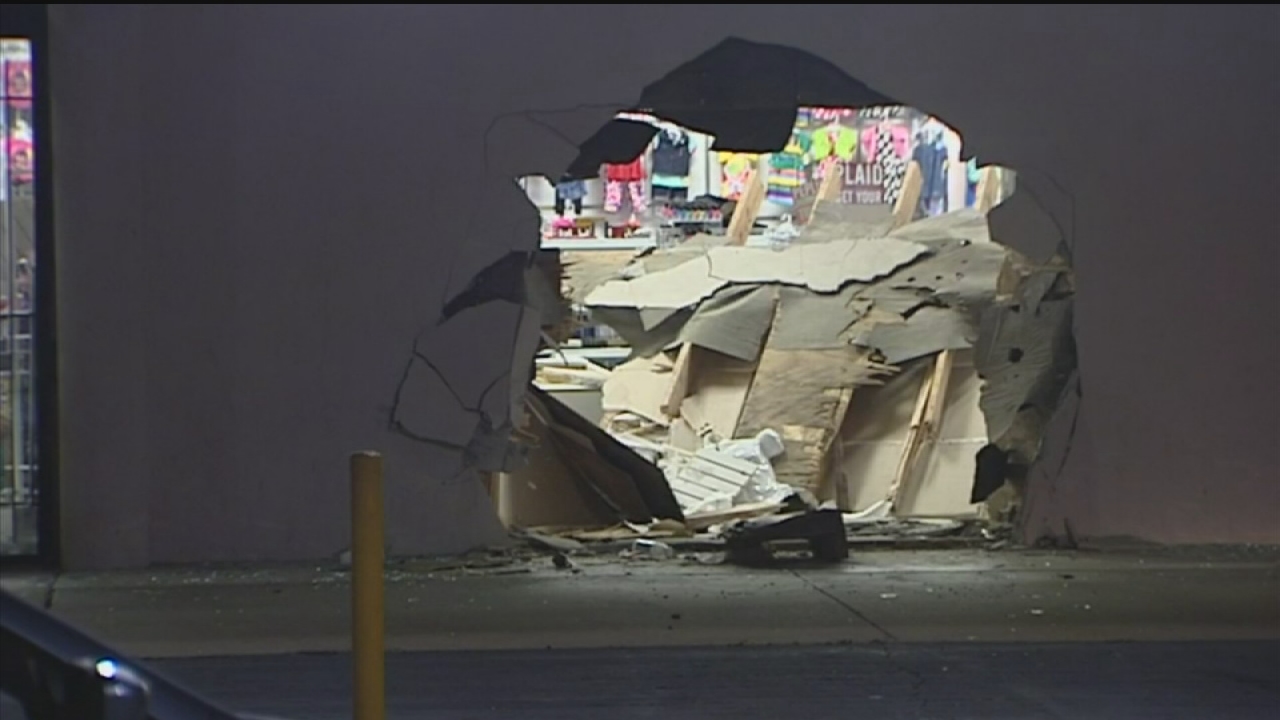