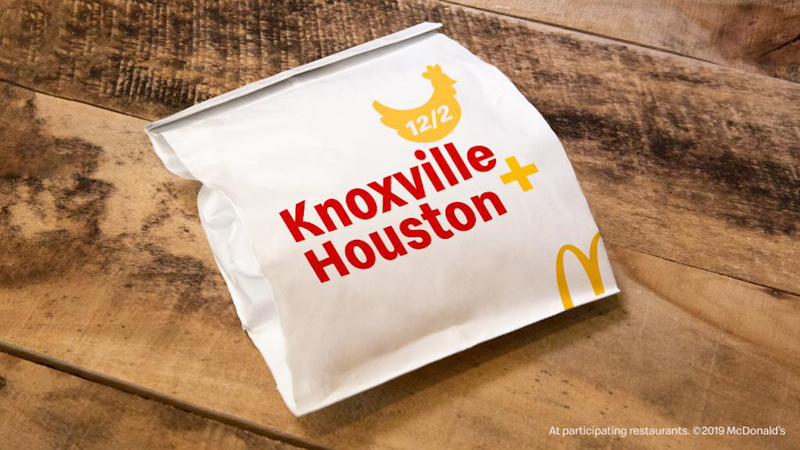 On Monday, McDonald's rolled out two new chicken sandwiches in participating Houston restaurants. It's apparently testing the sandwiches for a limited time in Houston and Knoxville, Tennessee.

One Mickey D's fan tweeted he hopes the sandwich rolls out in Massachusetts soon to which the company responded that it wants to see how it does in Texas and Tennessee first.

Now, you may be saying to yourself, "Didn't they already have the McChicken?"

Yes, but according to tweets from McDonald's, these sandwiches really are different.

McDonald's says its new Crispy Sandwich is topped with butter and crinkle-cut dill pickles while the Deluxe is topped with tomatoes, lettuce, and mayo. Both items are served on a buttery potato roll.

Hang tight. We’ll get back to you once we see what our friends in Texas and Tennessee have to say about the test! 😉

Before you pull up to just any McDonald's, try calling first to see if that restaurant is participating.

These latest additions to the menu come after some heated debate involving Popeyes, Wendy's, and Chick-fil-A over the best chicken sandwiches.

Back in August, the feud fueled a run on Popeyes sandwiches, so much so that the restaurant ran out.

They eventually returned at the beginning of November.

Man sues Popeyes for running out of chicken sandwiches