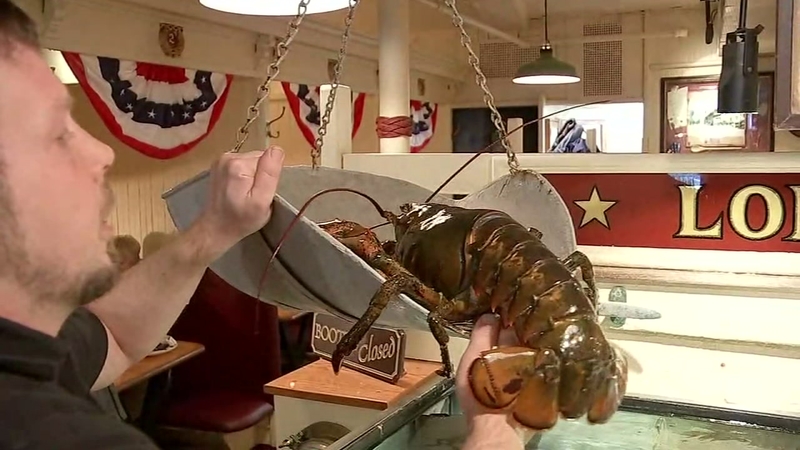 It's the Boston staples Astros fans can't get enough of

BOSTON, Massachusetts (KTRK) -- Astros fans visiting Boston for the playoffs are making the most of it with good places to eat.

Union Oyster House has served food in downtown Boston for nearly 200 years. With that kind of reputation, customers wait hours to dine.

They come for the sights and sounds as employees shuck oysters. But the main attraction is the food.

It's the place Texas native Robin Neff had to visit because she says there's nothing like it back home.

On the menu, you can find cod, scrod, and lobster. In fact, the restaurant sells 35,000 lobsters a year.

However, the number one seller is, of course, the clam chowder.

"You taste all the flavors," Neff said. "It's a good meld of all the soup, and the fish, the oyster, it's just really, really good."

The restaurant dishes out a whooping 350,000 servings of chowder a year. So what makes it so special?

"It starts with a cream base," Union Oyster House general manager Jim Malinn said. "There's a rendering of pork for flavor, potatoes and it's just a whole bunch of clams."

It's a Boston staple some Astros fans can't get enough of.

"We've seen quite a bit of orange," Malinn said. "I think I've seen some of the same people from a few weeks ago."

Visiting Beantown to enjoy its chowder, lobster and oyster is a treat, but Neff said it doesn't top what Texas grills up.

"That's tough," Neff said. "I'd have to say Texas barbecue just because I was raised on it, but this is a really close second."