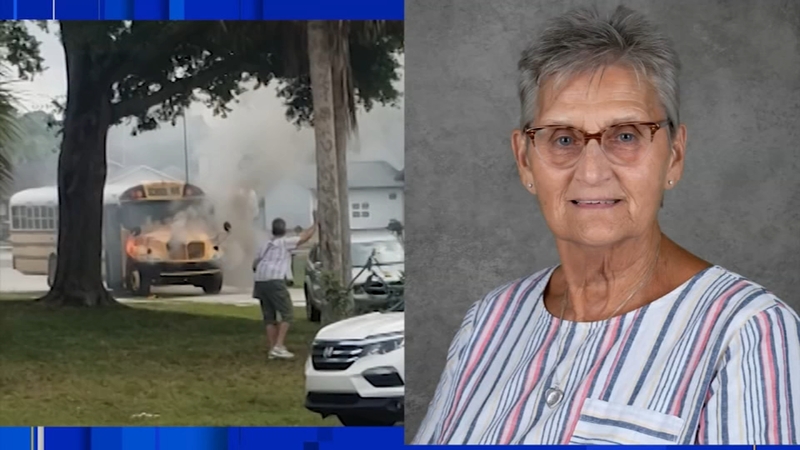 BREVARD COUNTY, Florida -- A Florida school bus driver is getting credit for saving about 40 students after their bus caught on fire.

On Tuesday afternoon at Emerson Drive and Tillberg Avenue, a neighbor recorded the first flames.

Imagine Schools of West Melbourne, a charter school that manages its own buses, says driver Janet O'Connell saw the smoke coming from the hood just 10 minutes along her route after class dismissal when she stopped and started evacuating 40 students, ranging from kindergarten to the 6th grade.

The school says if not for the driver's quick actions, things could've been a lot worse.

"Ms. Janet, when there's a child in need, she steps up," said Imagine Schools of West Melbourne Principal Brian Degonzague.

He believes it was an electrical fire and the buses are inspected every day.

"It was spontaneous. It looked like something that could happen to any vehicle," said Degonzague.

Imagine said the fire destroyed the onboard camera. The only documentation of the incident is from a neighbor's phone.