$9,000 worth of high-end eyeglasses taken by group inside Lenscrafters at First Colony Mall in Sugar Land 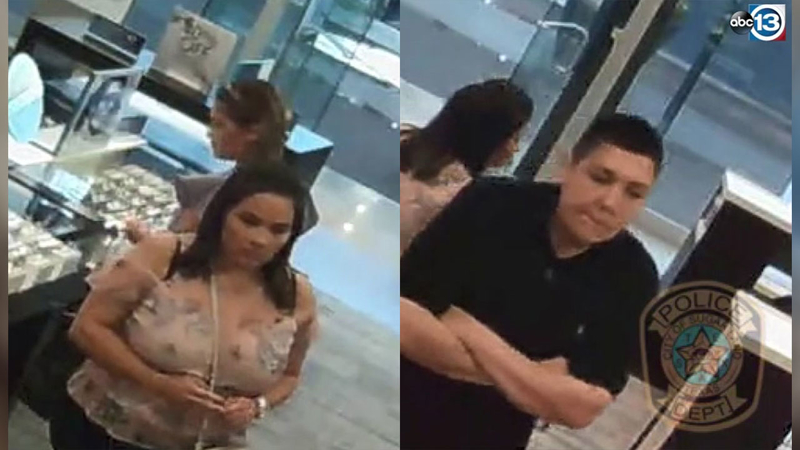 SUGAR LAND, Texas (KTRK) -- A heist of high-end eyeglasses resulted in the swiping of 62 frames valued at $9,000 at a Lenscrafters store at First Colony Mall.

Sugar Land Police Department released a video that captures one of three wanted people stuffing frames into her large bag. The theft happened Aug. 3 around 11:45 a.m.

According to police, workers noticed during routine inventory that Versace, Tiffany & Co. and Bvlgari frames were taken.

Police described the suspect swiping the glasses as a Hispanic woman in her 20s to early 30s. She had a medium build and was wearing a gray shirt.

Another woman, described as heavy set and in her late 20s to early 30s, is seen standing between her alleged accomplice and an employee. Police believe she was concealing the theft. She was last seen wearing a tan see-through blouse.

Police also believe a tall Hispanic man was helping the women by pulling drawers with merchandise. He is in his 30s and he was wearing a black t-shirt.