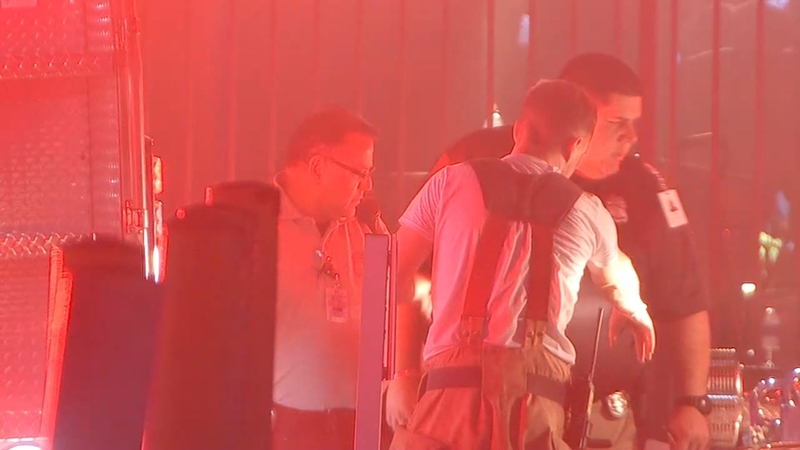 PASADENA, Texas (KTRK) -- A Pasadena firefighter was injured Wednesday while responding to an apartment fire.

The firefighter became pinned between two firetrucks while setting up an aerial ladder truck, authorities said.

The firefighter was transported to a hospital. There was no word on the extent of the firefighter's injuries.

Crews were responding to a fire at an apartment complex where someone was cooking and smoking when they fell asleep, according to the Pasadena Fire Dept.

The fire was contained to one apartment unit. No one else was hurt.