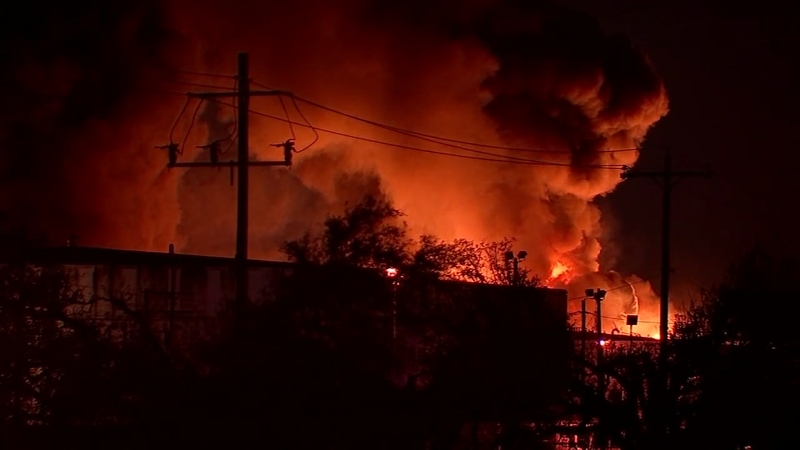 Nuts and bolts of ITC plant fire at Deer Park

DEER PARK, Texas (KTRK) -- The black smoke billowing into the sky can be seen from every part of Houston. Flames expand and contract from the tank as a 12-hour fire that's burned all day will light up the sky all night.

The fire started just before 11 a.m. Sunday inside one of the facilities on Independence Parkway just north of Highway 225.

Harris County has activated it's EOC, a shelter-in-place has been issued. But just how long will it burn?

"I can't answer that right now. It will go on throughout the night though," said Alice Richardson, spokesperson for Intercontinental Terminals Company.

Company officials say the first tank that caught fire contains NAPHTHA, a component in gasoline. The fire then spread to a second tank containing XYLENE, another gasoline component.

About 30 employees were on site when the fire started around Sunday morning at ITC, but officials said no one was hurt.

"These incidents should not happen. Every case I've been involved in in the past and currently it's not just one misstep, it's multiple missteps," said Attorney Mo Aziz., who is a partner with Abraham Watkins and has represented major cases from the West, Texas explosion to the Arkema plant fire after Hurricane Harvey.

"Really you just have to let it burn. We know in some cases like Arkema case those went on for 48 hours and the residents could not go back to their homes for a week and a half," said Aziz.

According to ITC's website, the company has 13.1 million barrels of capacity in 242 tanks, and stores all kinds of petrochemical liquids and gases, as well as fuel oil, bunker oil, and distillates.

Multiple agencies are monitoring air quality as a shelter-in-place remains in effect for the City of Deer Park.

The cause of the fire is still undetermined.