Suspect charged for creating bomb in attempt to explode ATM 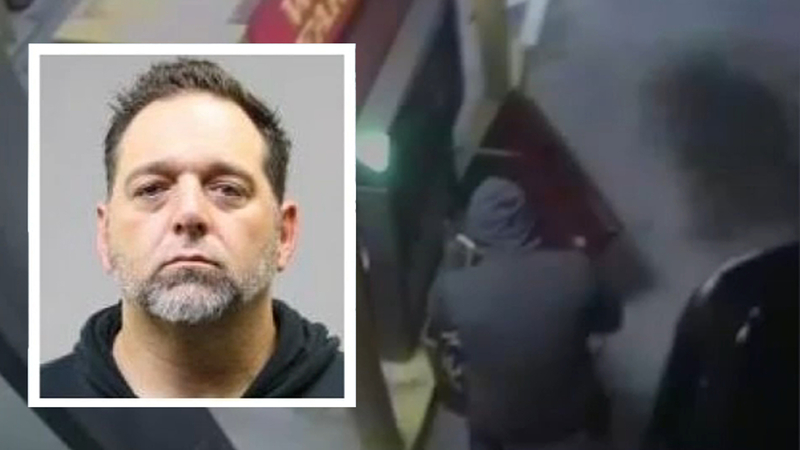 Suspect created a bomb in attempt to rob ATM

HOUSTON, Texas (KTRK) -- Fingerprints left behind on duct tape at a crime scene led investigators to one of two men who tried to blow up an ATM last month, according to the Harris County Sheriff's Office.

Thomas Moschella, 45, is charged with possession of a prohibited weapon and drug possession. He remains in jail.

Investigators say Moschella and an accomplice were caught on camera planting an explosive device at a Wells Fargo ATM on Spring Cypress on Oct. 29.

They were scared off by responding deputies who found the device made of canisters, wires and a stun gun. The bomb squad and its massive robot spent hours rendering the device safe. A bomb squad tech broke it down.

"He described the device as an improvised explosive device and explained that the combination of the aforementioned gases, in a confined area, ignited by a spark, caused by the taser would, in fact, cause the device to detonate, which would cause serious bodily injury or death and substantial property damage," a prosecutor said in court on Wednesday.

No one was hurt. Investigators were able to lift fingerprints from some duct tape which they say matched Moschella's. He has a criminal record which includes drug possession, forgery and evading.

When he was arrested on Tuesday, authorities say they seized more than 60 grams of methamphetamine and a brand-new Audi SUV, stolen from a dealership in the middle of the night.

Moschella, who was out on bond for forgery when the bomb was planted, is now being held on bond totaling $115,000 for the two charges. He is due back in court on Monday.