KGO
By Michael Finney and Renee Koury
FAIRFIELD, California -- It started out as an uneventful day at work for Benjamin Manley of Napa - until the ping on his computer. It was an email from Bank of America, confirming a large transfer of funds out of his savings account he hadn't made.

He sat up straight in the chair. "I started to panic a little,'' he says. "Then I immediately went down to the nearest Bank of America."

It was a branch in Fairfield, not far from his job at a light-fixture company.

RELATED: Bank of America alerts SF woman to fraudulent charges, then denies it was fraud

Manley quickly got the attention of an assistant bank manager, who called up his account on her computer. Sure enough, it showed somebody had just transferred $8,000 from his savings to his checking account. It wasn't Manley.

"I told her I said I didn't transfer any money,'' Manley recalled, the anxiety welling up anew as he told his story. "And then on her screen we could see there was an ATM withdrawal of $600 from my account. So we immediately picked up the phone and called the fraud department."

One would think a call from the bank manager would immediately shut down his account to stop the fraud. Right?

To his amazement, the bank manager had to wait on hold and go through prompts via customer service, trying to reach someone in the fraud department. There was no direct line to fraud, no emergency number, no way the bank manager could block his account. Which Manley desperately wanted to do.

"You would think the branch manager could get through to someone quickly but no it was going through prompts just like anybody else,'' he recalls. "We may as well have been sitting in my living room."

RELATED: 4 places experts say you should be on high alert for debit card fraud

And while they were waiting, he watched more money get whisked out of his bank account.

The bank statement shows someone was in Los Angeles withdrawing money at ATMs at a Ralph's Supermarket and at a Target Store, all while Manley sat at the bank branch in Fairfield. The fraud department finally put a hold on his account, but not before the thief made off with $6,500 of Manley's money.

"This was money my wife and I had saved up for two years so we could remodel our kitchen,'' he said. "This was our hard earned money and it's not a $20 transaction. This is $6,500 and it's gone. It makes you feel sick."

However, he says, the assistant bank manager assured him he'd get that money back. " 'Oh don't worry about it, this is obviously fraud,' '' he recalled her saying. The bank told him he'd hear back in 30 days.

However, 30 days came and went. Bank of America never contacted him, never refunded the money.

And when he went to the bank to find out the status, he was shocked. Bank of America had rejected his claim for a refund, saying Manley must have been the one to move the money and then withdraw it all. And there was no fraud.

"I couldn't even speak,'' he recalls. "It's infuriating because they're making me seem like the criminal here, when I'm the victim, and now they're throwing it all back on me."

The fraud department said he should file a police report. So, Manley did report the crime. It did no good. The bank denied his claim a second time, asserting again that it was Manley who called the bank and requested the transfer of funds so he could go out and withdraw the money.

"I said I never called the bank, and I demanded to hear the audio of the person asking to transfer the money,'' he said.

The bank never responded to that request. Manley then offered to send a copy of his phone records which clearly show there was no call made from his phone to the bank at any time.

The bank did not respond.

Even the bank manager called the fraud department on his behalf, Manley said, explaining he was in the bank branch in Fairfield when the transactions happened 300 miles away in Los Angeles, and he had been desperately trying to stop them. "She called them up and said he's not lying, this was fraud. I was in the bank when all these transactions were happening."

RELATED: $2K goes missing from couple's bank account, but it wasn't a thief

That did not change the ruling.

Manley filed a third claim and that was rejected too. The Bank of America denial letter says, basically, that only the real customer would know his PIN and security questions that would be needed to accomplish the withdrawals.

The letter says in part:

"Customer called in and did an agent transfer for $8,000...Once account was funded, then all of the disputed charges occurred right after.... Customer also called into customer service and had his daily ATM withdrawal limit increased. Strict security questions would of (sic) been asked that only customer would of (sic) known. Customer increasing his daily withdrawal limit indicates he was getting prepared for large withdrawals."

Actually Manley says, it was the thief getting ready for those large withdrawals.

Manley was beside himself with anger and frustration. "I literally could not sleep,'' he recalls. "It consumed me. Nobody likes money stolen from them but it's a lot of money. Just gone. And it was 100 percent fraud. Even the police couldn't help."

And to cap it off, the final denial letter told him to stop contacting the bank-case closed, saying: "Opening up (another) claim will not change the outcome."

"I walked out of there completely defeated, so upset I didn't know what to do,'' Manley recalls. "I knew one thing. I wasn't going to give up. I had nothing to do with those transactions. I'd been burglarized, stolen from, you name it...I went back to work and the first thing I did was pick up the phone and call 7 On Your Side."

We contacted Bank of America. It reviewed his case and determined that indeed it was fraud, after all, telling us:

"As fraudsters become more sophisticated and their schemes become more technologically complex, it can be even more difficult to determine whether the customer or an impostor engaged in the activity. We can't disclose the specific sorts of technology used as we don't want would-be fraudsters from leveraging that information against other customers. However, with additional information provided during subsequent reviews of the claims, it became clear that a third party had conducted the transactions. We have fully refunded Mr. Manley for the fraudulent activity on his accounts, and apologize for the delay in resolving this claim."

Within days the money was back in his account. Bank of America didn't say how it will prevent such fraud in the future but it's aware, identity thieves know how to make honest customers look like the bad guys.

"Me, my wife and my kids, we went out to dinner, we threw a party,'' an exuberant Manley said. "Finally justice is served. It was amazing. Seven On Your Side, I couldn't thank you guys enough."
Report a correction or typo
Related topics:
personal financecaliforniabanktheftmoneypersonal finance7 on your sidefraudbank of americaconsumer concerns
Copyright © 2021 KGO-TV. All Rights Reserved.
RELATED
Bank of America alerts SF woman to fraudulent charges, then denies it was fraud 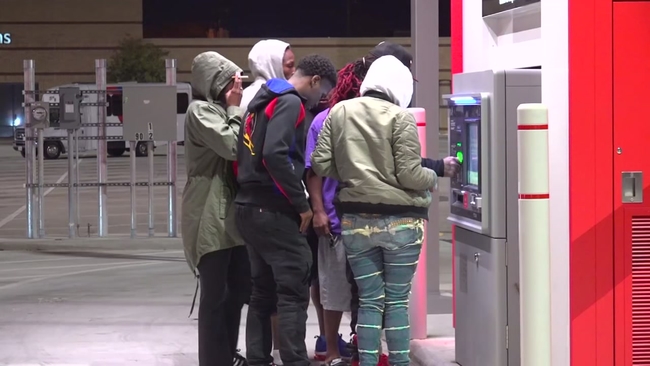 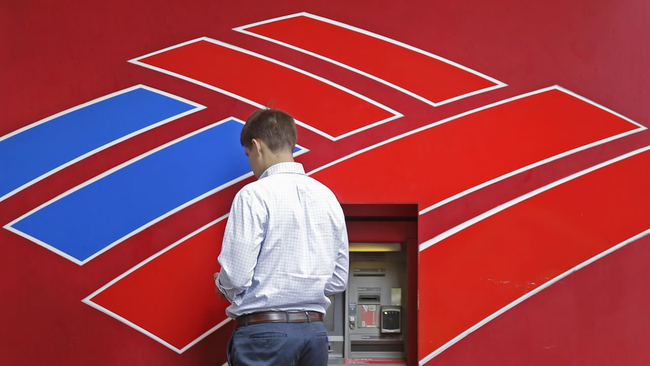 Altering travel to the Dominican Republic: What you need to know
Pastor says woman kicked off train is victim of discrimination
More Videos
From CNN Newsource affiliates
TOP STORIES