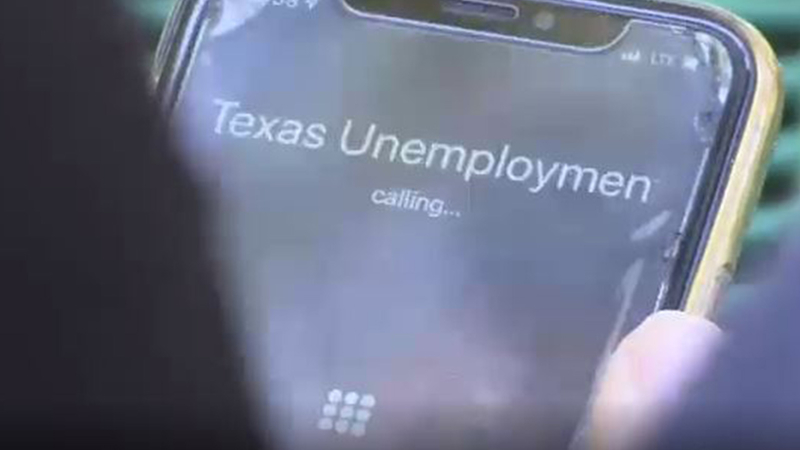 $700M in jobless aid stolen in Texas during pandemic

Texas Workforce Commission said during the pandemic, it discovered more than 611,000 suspicious claims, which is a problem that's causing the state to lose millions of dollars.

The amount of money being lost is growing too. A few weeks ago, the number was $577 million lost. Now, the number is $691 million.

"The state will try to recover that money obviously," Texas Workforce Commission spokesperson James Bernsen explained. "If we can verify where that money went to."

Experts said recovering the money will be a tall order. They believe the state should be able to identify some thieves, but many others are overseas and the money may never be returned.

WHO PAYS FOR THE STOLEN FUNDS?

The state collects money to pay for unemployment benefits from businesses in a tax. It's possible taxes might have to be raised in order to pay for the lost money.

"That is certainly the concern, is that these funds will ultimately be on the businesses of Texas and that's going to hurt hiring," Bernsen said.

Business owners have told ABC13, if the tax is raised, it could be passed onto customers in higher product prices.

Tax filing season will start a bit later and look a bit different this year.

The Identity Theft Resource Center said the boosted unemployment benefits during the pandemic have been what cyber criminals have been waiting for years.

"The combination of a lot of available information about people, with a lot of money, that is catnip to a cyber-criminal," Identify Theft Resource Center COO James Lee explained.

Lee said cyber breaches from the past decade have given criminals information. That, plus outdated state systems have made it possible for fraud.

"This is the Super Bowl, the World Series, the Masters, the NBA playoffs, the NHL Finals, the World Cup all rolled into one event," Lee said.

Texas Workforce Commission said it's making improvements to catch fraud before money is lost. This month, Bernsen said the agency caught 90% of fraud cases before money was lost.

In all, $45 billion has been distributed to help Texans. To get unemployment out quickly, Bernsen said it's hard to prevent all fraud.

"I can't get into specifics because we don't want to give the fraudsters any advantages," Bernsen explained. "We have been improving our system throughout the process. We have a fairly good system, but there's only so much you can do to improve the system in the middle of a pandemic."

Identify theft experts said states need to do more than just updating systems. They need to use new ways to authenticate the person who applies for benefits is really them, including two-way systems and new technology.

"How hard you actually press the screen on your phone is an indicator of if that is you or not," Lee explained. "We can establish patterns of your behaviors as well as physical patterns - your fingerprint, your voice print, whatever - and weave these things together to have a very clear picture if that really is you."

If you receive an unemployment notice but never applied for benefits, don't ignore it. Contact TWC immediately, because it could delay the process if you need benefits in the future.

If you're receiving benefits and notice the money was stolen, state leaders said report it immediately so you can get the money.

"We're not going to make you the victim twice," Bernsen said. "We're going to help you get your benefits that you have earned for working in the state of Texas."

Identity theft experts said you should go even further. Create different passwords, use a new bank account for benefits, and freeze your credit so you know immediately if someone tries to steal your identity.

Boosted unemployment benefits will run until early September. Experts believe cyber criminals might turn their attention to other agencies.

Stimulus bills passed by the federal government poured billions of dollars into state agencies. Money experts said thieves might target that next.

"There are going to be other forms of fraud that involve state agencies that now the cyber criminals will turn to," Lee said. "They'll start looking: 'What can I do to use the same playbook I just used on unemployment fraud? What else can I use that for?'"

SEE ALSO: What to do when your credit card numbers are stolen
EMBED More News Videos

The moment you find out your credit card or social security number has been compromised, you have to act fast to stop the damage.