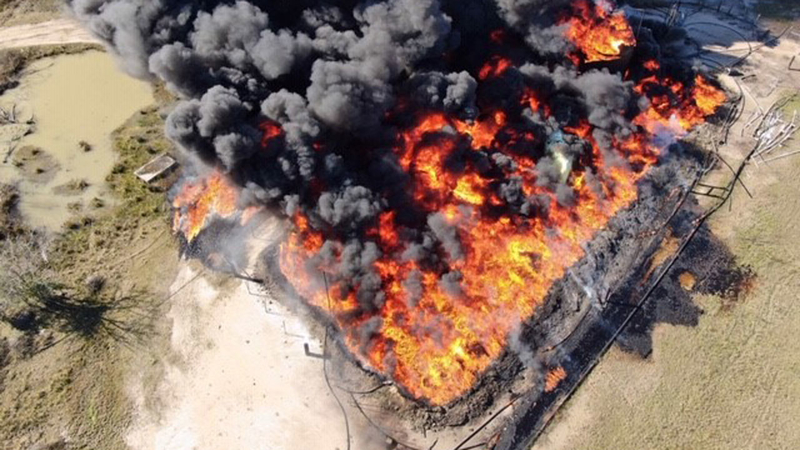 The incident happened around 11 a.m. near Daisetta.

The Liberty County Sheriff's Department says there were two tanks on the road when one of them caught fire.

There are no reported injures, but a shelter-in-place was called for residents along FM 2018 at Highway 770 while firefighters were working to put out the fire.

Travis Yust, whose family owns the oil tanks, said 300 barrels of oil were lost, but the rest were contained.

The family believes static electricity could have caused the explosion. The Texas Railroad Commission is investigating.