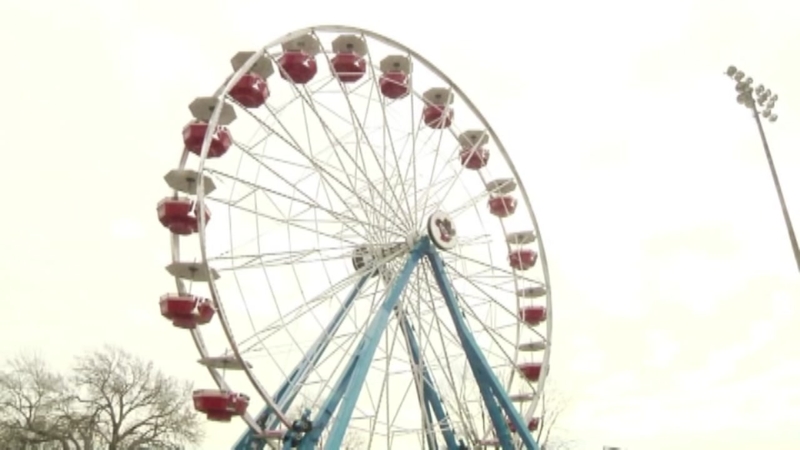 You can see the gondolas swinging at the mercy of the strong winds in Davenport, Iowa.

The park was closed for the season, but it was hit so hard by gusty winds Monday, the ride appeared to be in full swing from a nearby highway.

Cell phone video shows the wild ride on Friday, where the gondalas swung in 60 mile per hour winds.

"Obviously, it's a concern but it looks like they've got a solid crew working on it," says Logan Gill, who lives in Davenport.

Park officials say the manufacturer is on the scene, patching up the damage.

More than 20 of the gondalas were damaged, and one car had to be removed from the ferris wheel.

So far, damage is mostly cosmetic as plexi-glass was broken and cracked by the high winds.

"We've got plenty of time to make sure everything is up and running and when the inspector comes out from the State of Iowa to look at it, he'll be able to see a perfect, beautiful gondola," says general manager Andrew Chesser.

Last year, the gondalas were completely removed from the wheel for the winter, but officials made the decision to cover the ride with a tarp this year on the advice of the manufacturer.

That may have made the situation worse, Chesser says.