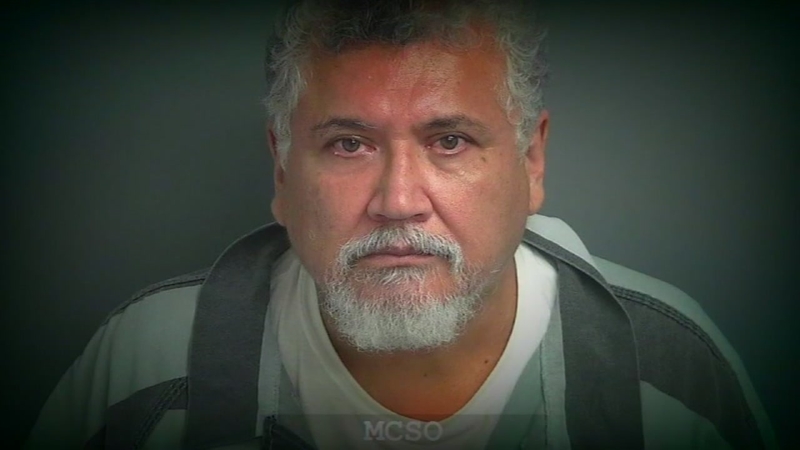 CONROE, Texas (KTRK) -- More than two months after Father Manuel La Rosa-Lopez walked out of the Montgomery County Jail, investigators walked into the Archdiocese of Galveston-Houston offices to collect evidence in their case against the Catholic priest.

In his first interview since that November raid, Montgomery County's Special Crimes Bureau Chief Tyler Dunman said they found evidence to suggest the church was withholding information when their investigation began.

"We've sent several subpoenas for documents related to La Rosa-Lopez that we believed were at the Archdiocese and we received some small amount of documents back. After the search warrant, what we found was there were a great deal of more documents that were still there that they had not turned over to us," said Dunman.

He tells ABC13 Eyewitness News they collected 15-20 boxes of documents, including paperwork from the church's secret vault.

"It's frustrating, because what we've heard is that 'We're going to fully cooperate and disclose,' and all that sort of thing. That's what we've heard from the church and that's just not been our experience thus far," Chief Dunman said.

La Rosa-Lopez is charged with four counts of indecency with a child involving two separate children while he was working at the Sacred Heart Catholic Church in Conroe. Both alleged victims are now adults.

The criminal investigation began after each victim filed a report with the Conroe Police Department in August 2018.

Eyewitness News reached out to the Archdiocese for a response to this new information. They sent the following statement:
"This Archdiocese - like any organization involved in a criminal investigation focusing on one of its members - has naturally relied on the advice and expertise of outside counsel while responding in good faith to the subpoenas it has received. We provided additional documents that we believed were not subject to the subpoenas but could be helpful to this investigation, while other such documents were segregated and copied in order to be provided to the authorities. Prior to the search warrant in late November, our outside counsel attempted to contact the DA's office about this additional material, which was shortly thereafter obtained when the search warrant was served. We will continue cooperating with the authorities and their process in this matter."

La Rosa-Lopez is currently out of jail on bond.

He is scheduled to be back in court on Jan.10.