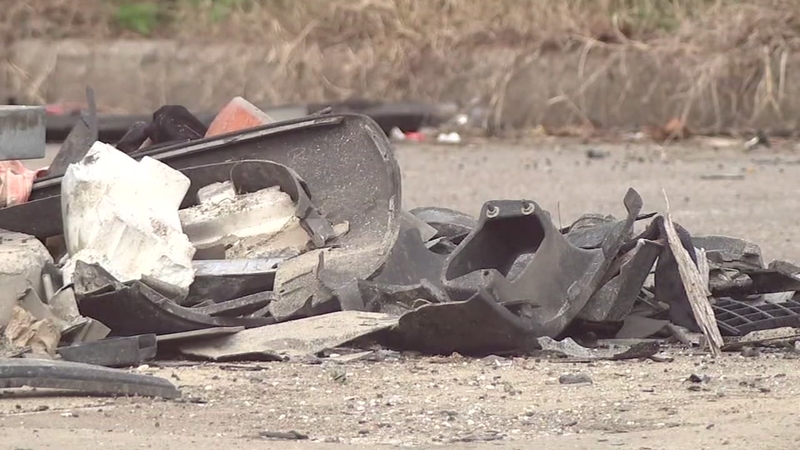 The girl's father is now charged with murder.

Detectives said they were called to the scene of the crash on Beltway 8 frontage road at Highway 90 around 8:30 p.m.

Jorge Ledezma Echavarria, 33, was allegedly drunk and behind the wheel of a blue 2002 Chevrolet Tahoe when he ran a stop light and crashed with another car.

Echavarria's 11-year-old daughter, Vanessa Ledezma, was in the back passenger seat.

The sheriff's office reported doing CPR on the child, who was then flown to Memorial Hermann Hospital.

She was pronounced dead around 9:46 p.m. Investigators reported it took about five hours for crews to clear the scene.

"She's a very sweet child, we're going to miss her very much," said neighbor Peter Crisman. "God bless them. Pray for their hearts."

The crash site is an hour from the family's home in Magnolia where neighbors are now grieving for the family.

"Precious child. Definitely full of life. She was a tiny little thing, but you wouldn't know it by the way she acted," said neighbor Renee' Crisman. "I'm just heartbroken and I'm heartbroken for my granddaughter because they've been inseparable for like three years now."

Deputies say Echavarria showed signs of impairment, and is suspected of DWI. He's currently in custody, but remains at the hospital recovering.