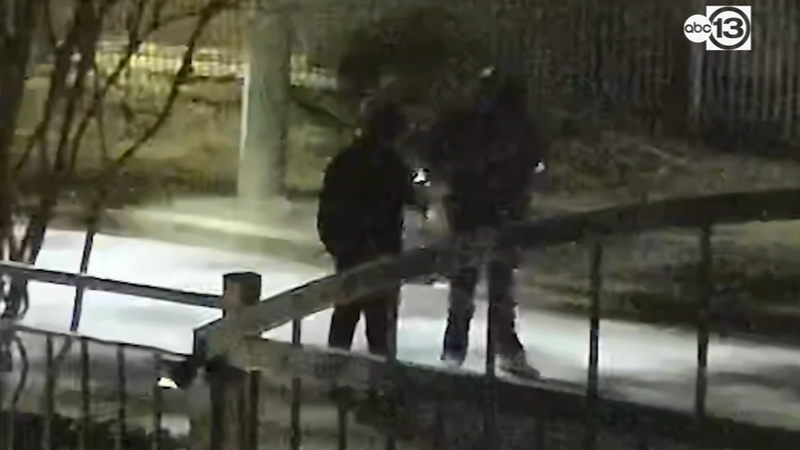 "It's just amazing that it happened so close to my house," said Reyes. "I had my daughter, and she was panicking."

The shooting took place at 1300 Hadley Street around 9:10 p.m. on Feb. 18. It was the second shooting in the area that night. The first shooting, which happened at 1300 Webster Street, sent a man in his 40s to the hospital in critical but stable condition.

The victim who died on Hadley Street was described as a male in his 50s but has not been identified, according to HPD.

Police believe the same suspect is responsible for both shootings categorized as attempted robberies.

"I thought (the shooter and the victim) were friends or something," said Reyes. "They were talking, and the next thing I hear is the shot."

"I thought (the shooter and the victim) were friends or something," said Reyes. "They were talking, and the next thing I hear is the shot."

The suspect ultimately fled towards Caroline Street and is still at large. He's described as a white or Hispanic male dressed in all-dark clothing, aside from a light patch on his left sleeve.

Reyes says he feels like crime has been rising in the Midtown neighborhood.

In addition to the two shootings on Friday, data shows the half-mile radius around Reyes' house has also seen instances of sexual assault, aggravated assault, and theft of a motor vehicle over the past week.

He said neighbors are concerned, but have found comfort in communication.

"We're pretty tight," Reyes said of his neighbors. "We talk to each other and update our status on what's going on."

Anyone with information on the suspect Friday's shootings is urged to call Crime Stoppers at 713-222-TIPS or the Houston Police Department's homicide division at 713-308-3600.