5 dead, including a toddler, after crash on US-59 in Wharton County 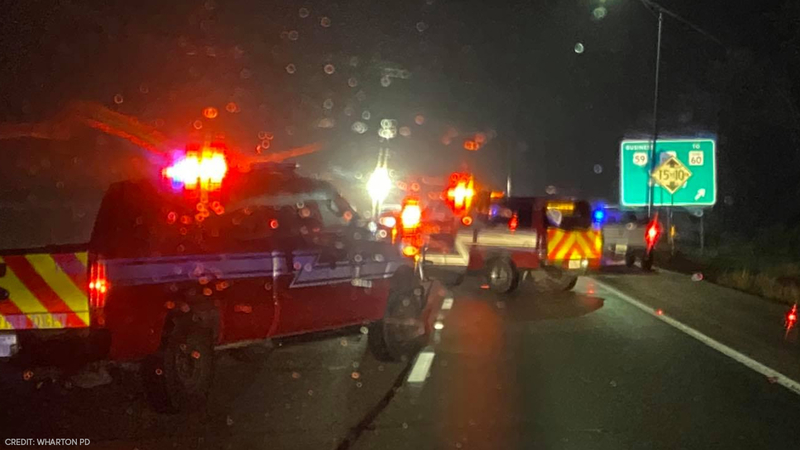 WHARTON COUNTY, Texas (KTRK) -- Five people died, including a toddler, after an accident in Wharton County Sunday morning, according to police.

WHARTON COUNTY-@TxDPSSoutheast Troopers are assisting Wharton PD with a fatal crash investigation. All NB lanes on US 59, near the Wharton exit, are closed. Traffic is being diverted to FM 961. Expect delays. pic.twitter.com/FfclZ8Mqtk

A black Cadillac SUV was traveling southbound near the exit when it veered off the main lanes, drove through a grassy median and entered the northbound lanes, causing a collision with an oncoming Nissan Altima.

Police said the driver of the Cadillac SUV was found dead when they arrived.

The three adults and the toddler in the Nissan Altima also died. Authorities said the child was 2 and a half years old.

A 6-month-old baby found riding in that vehicle was flown to a hospital for treatment.