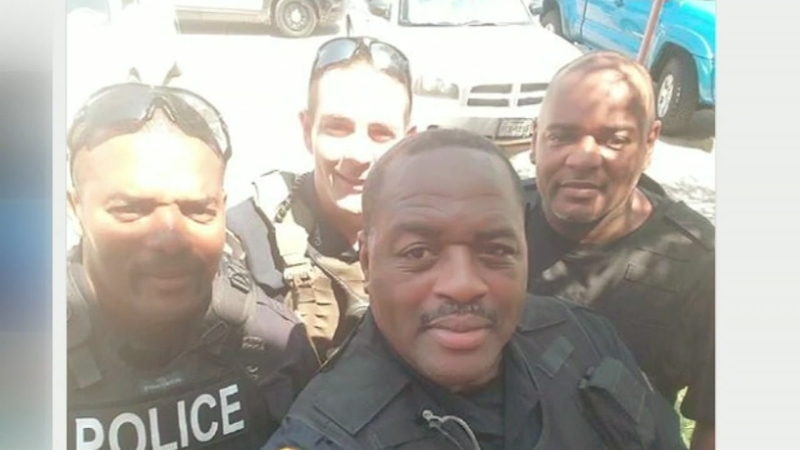 HOUSTON, Texas (KTRK) -- Davyan Martinez says he never imagined a Facebook post of his would get more than 10,000 shares. He said, "It just blew up."

Earlier this week, he Googled a random selfie picture of Houston Police officers to add to this text: "Hey Davyan you dropped you phone running from us, come pick it up at 701 North San Jacinto Street."

"I guess a bunch of people took it really seriously to have 10,000 shares and all these comments," Martinez said.

The address listed is that of the Harris County Jail.

Martinez says he never imagined so many people would believe his meme was real.

The responses ranged from laughter to anger that HPD had his phone.

"Some people take social media really seriously and it can spiral out of control out of nowhere," Martinez said. "It started, I was bored and made a post, and now I have all this going on."

He says anyone who knows him well knows he is a jokester.

"I'm pretty sure they would have caught me, there were some pretty big dudes in that picture," Martinez said, with a laugh.
Report a correction or typo
Related topics:
societyjersey villagehouston police departmentmemesocial mediaviralsmartphones
Copyright © 2021 KTRK-TV. All Rights Reserved.
TOP STORIES
What you need to know about Astros tickets, events before World Series
Can authorities prove if Brian Laundrie killed Gabby Petito?
Yordan Alvarez returns from double knee surgery to win ALCS MVP
Baldwin was told gun was 'cold' before movie set shooting
Astros head to World Series after ALCS win over Boston
Houston Astros on pace for record beer year
'Bobby Dynamite' helps chug the Astros towards ALCS title
Show More
Don't get stuck in these traffic closures this weekend
Salami sticks linked to new salmonella outbreak
20-year-old shot to death during break-in of Conroe home, police say
Arrest made in case of Alvin abduction, sexual assault of a minor
Rain chances increase this afternoon
More TOP STORIES News