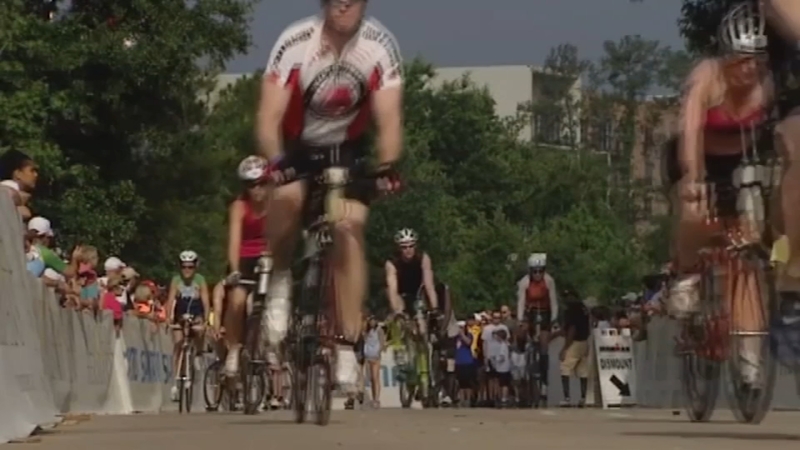 HOUSTON, Texas (KTRK) -- Canceled events continue to mount in Houston and Galveston, which is costing the region hundreds of millions of dollars.

This weekend, thousands of athletes were set to take part in an Ironman event in Galveston, a race that attracts people from all over the country.

Derek Schuler's wife was supposed to participate in the event. He drove 14 hours with his family from Nebraska.

"We're just frustrated it happened in such a short timeframe when most other races were canceled weeks in advance, or months in advance," Schuler said.

Ironman organizers declined to do an interview with ABC13, but sent the following statement:

"With the majority of the registered athletes coming from surrounding counties and other parts of Texas where stay at home orders and recommendations are in effect, in addition to neighboring Harris County's elevated public safety alert that was published late Tuesday evening, and the continued acceleration of COVID-19 infections throughout the state of Texas, it became clear that in the best interest of our race community, athletes, volunteers, and staff, the event should not take place.

While we are disappointed that we are not able to have the event in 2020, we feel this is the right decision and we thank our athletes for their understanding at this late juncture. We look forward to providing them with an exceptional race experience at the 2021 IRONMAN 70.3 Texas triathlon scheduled for April 11, 2021."

It wasn't the only big event in Galveston that got canceled. On Thursday, Eyewitness News learned Dickens on the Squares, scheduled to take place in a couple weeks, was canceled.

Meanwhile, Galveston tourism leaders say due to several cancelations of major events, weddings, and reunions, an estimated $100 million has been lost.

"Several major events have been canceled this year in Galveston, including Dickens on the Squares, Lone Star Rally, Oktoberfest, Ironman, Texas Triathlon and more. In addition, a significant amount of group and meetings [for] business [were] canceled or postponed. There are many smaller events that haven't or may not take place - including weddings, reunions, proms, and social events to name a few. The CVB estimates the economic loss to be at least $100 million this year," said Galveston Island CVB chief tourism officer Michael Woody in a statement.

The loss is in Houston as well.

Houston First said more than a dozen events at the convention center has resulted in a loss of 400,000 canceled hotel rooms and a loss of $251 million. Because of it, hundreds of local workers have been laid off or furloughed. The good news is with a possible vaccine in the coming months, events are booked in 2021.

Schuler's family enjoyed time on the island after losing out on the Ironman race. He said they made the best of it.

"My kids are having fun playing in the water," he said.