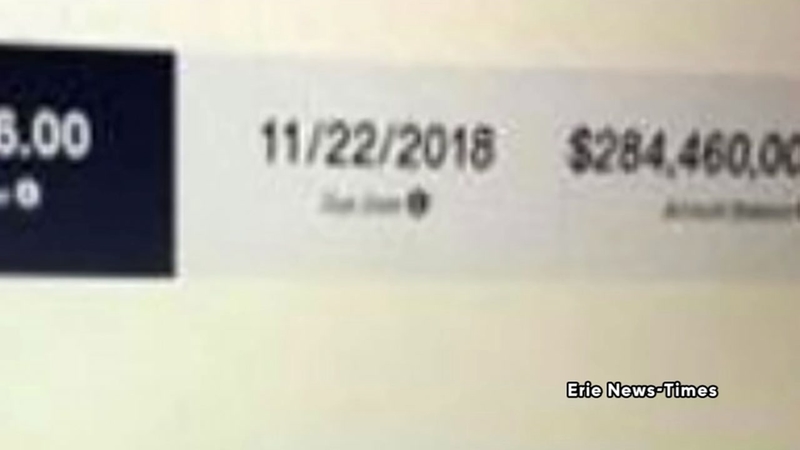 A woman received a $284 billion power bill earlier this month, telling the Erie Times-News that she wondered if she put up her Christmas lights up wrong.

According to the newspaper, Mary Horomanski was due to pay a minimum payment of $28,156 for the bill, and she didn't have to pay the entire amount until November 2018.

Horomanski contacted her son about the bill that was equivalent to just a fraction of the U.S. national debt.

Electricity provider Penelec confirmed the bill was in error, but it couldn't pinpoint how it happened.

A spokesman said a decimal point was accidentally moved.

"I can't recall ever seeing a bill for billions of dollars," said Mark Durbin, spokeman for Penelec's parent company First Energy. "We appreciate the customer's willingness to reach out to us about the mistake."