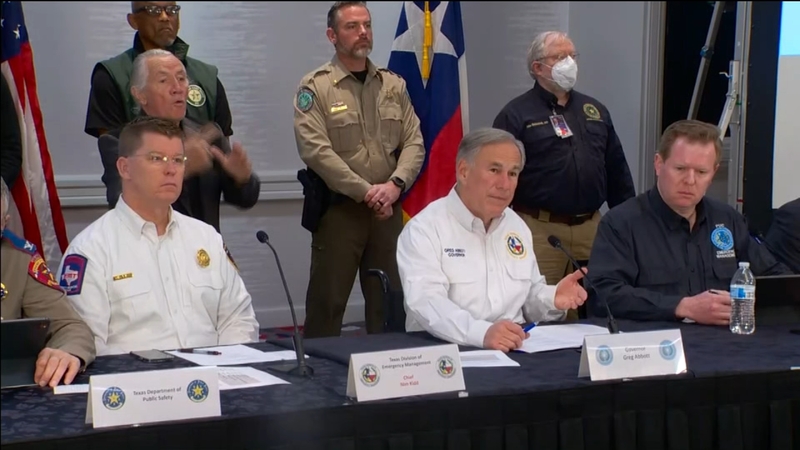 The Electric Reliability Council of Texas, or ERCOT, said that the grid is prepped and ready for the arctic front that has arrived in the state, but expects energy usage to peak Friday at 8 a.m.

The demand across Texas is estimated at 72,000 megawatts, according to ABC13's partners at The Texas Tribune. That's more than the demand during last year's deadly winter storm, which was at 69,000 megawatts right before it failed. 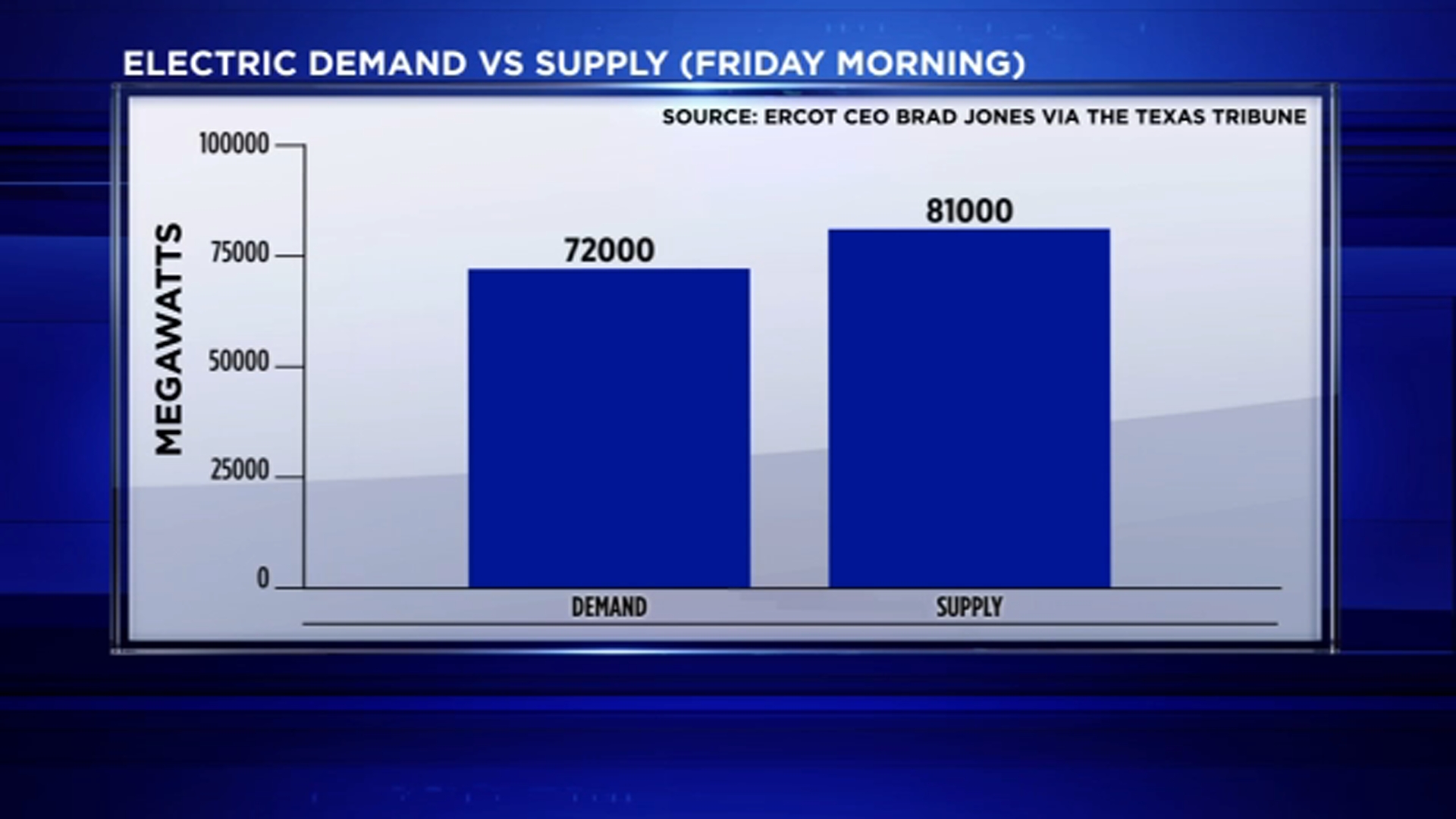 This time, ERCOT said the state is prepped to meet demand as high as 81,000 megawatts and has said that it doesn't expect any rolling blackouts.

So far, icy conditions have been seen in northern Texas, and there, ERCOT says that it has not seen any of its generation units come offline.

Thousands of Texas customers are without power. Just before noon, that number fell just shy of 70,000.

But Abbott said the outages are not a result of the grid, which he said is "fully operational," but rather due to issues with local power companies as they deal with fallen tree limbs or power lines due to ice.

If you need to report an outage, go to puc.texas.gov/storm/.

The governor said that help is on the way, with 2,000 or so linemen coming from out of state to expedite the process of restoring power.

More than 10,000 linemen are already working for power companies to assist with any downed lines, Abbott said.

Still, state emergency management officials are warning people to stay indoors if they can and off the roads, especially if roads turn icy where you live.

TxDOT began treating roads on Wednesday in case of ice, saying that it had used about half a billion gallons of brine and has 4,000 members on standby.

Authorities are also reminding people not to use generators inside their homes or buildings as that can lead to carbon monoxide poisoning, which is deadly.

Keep generators at least 15 feet away from your house.