The documentary premieres on Netflix on April 17, but TSU students will get to see it early on April 16.

The special advanced screening will be held at House of Blues Houston at 7 p.m. 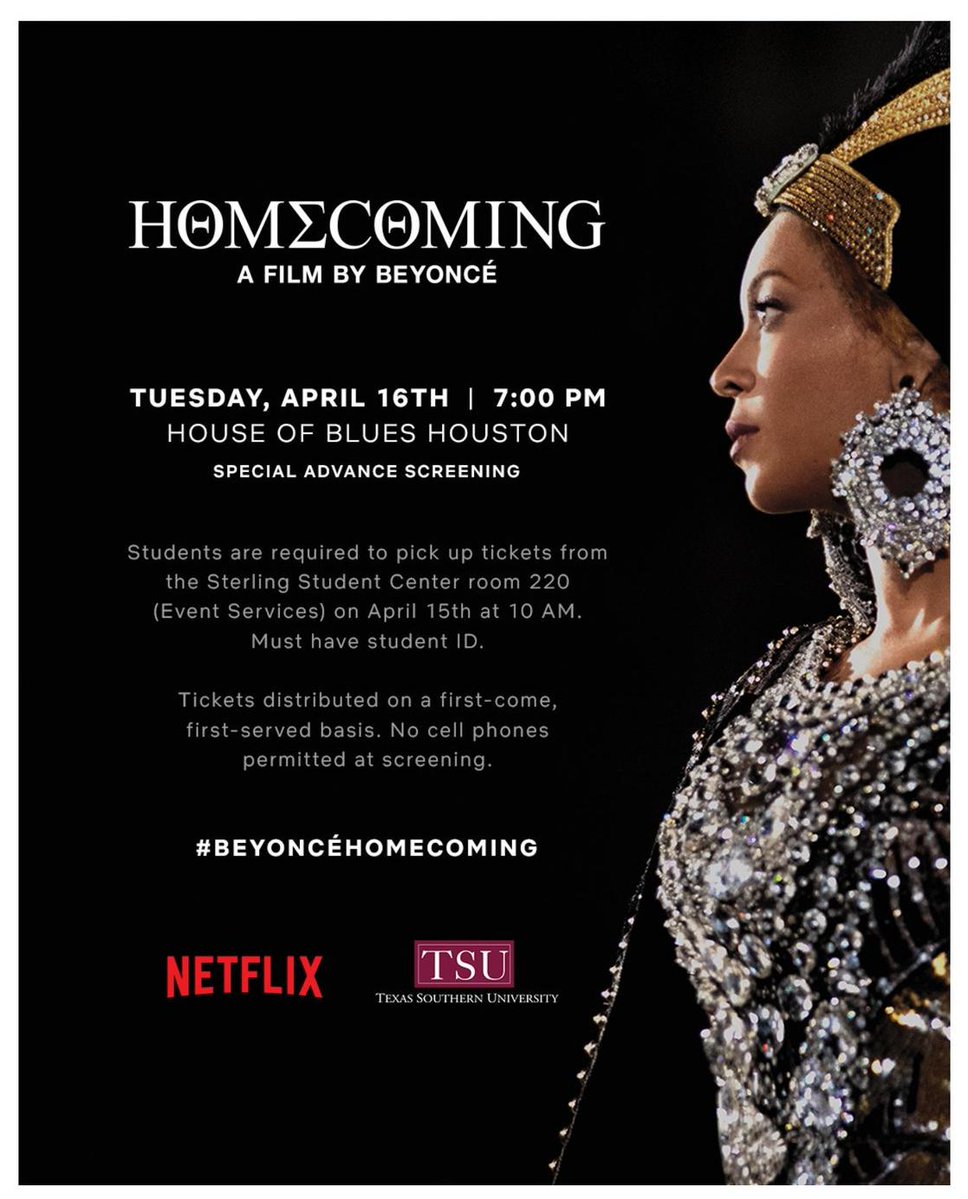 "Homecoming: A Film By Beyoncé," will give fans an in-depth look at Beyoncé's 2018 Coachella performance.

Beyoncé headlined the festival, becoming the first African-American woman to do so.

Drummer and Prairie View A & M graduate Maurice Mosely is one of the musicians featured in the documentary.

A Prarire View grad is sharing the story of how he was able to perform with Beyoncé.

The speculation that Netflix might be involved with a Beyoncé-affiliated project began when the streaming service tweeted the word "Homecoming" written in Greek letters on a yellow background.

Members of the Beyhive, a.k.a the fans who devoutly follow Beyoncé, got to work pulling clues from the elusive tweet, noting that "Homecoming" is the name of a fashion collection by the star as well as her scholarship program, the Homecoming Scholars Award Program.

And last year during her Coachella show, Beyoncé sported a yellow hoodie with Greek letters on it, as she honored Historically Black Colleges and Universities.

The film "reveals the emotional road from creative concept to cultural movement."

Queen Bey is going to drop a Netflix documentary next week.