Just like us: Taylor Swift reports to jury duty, dismissed 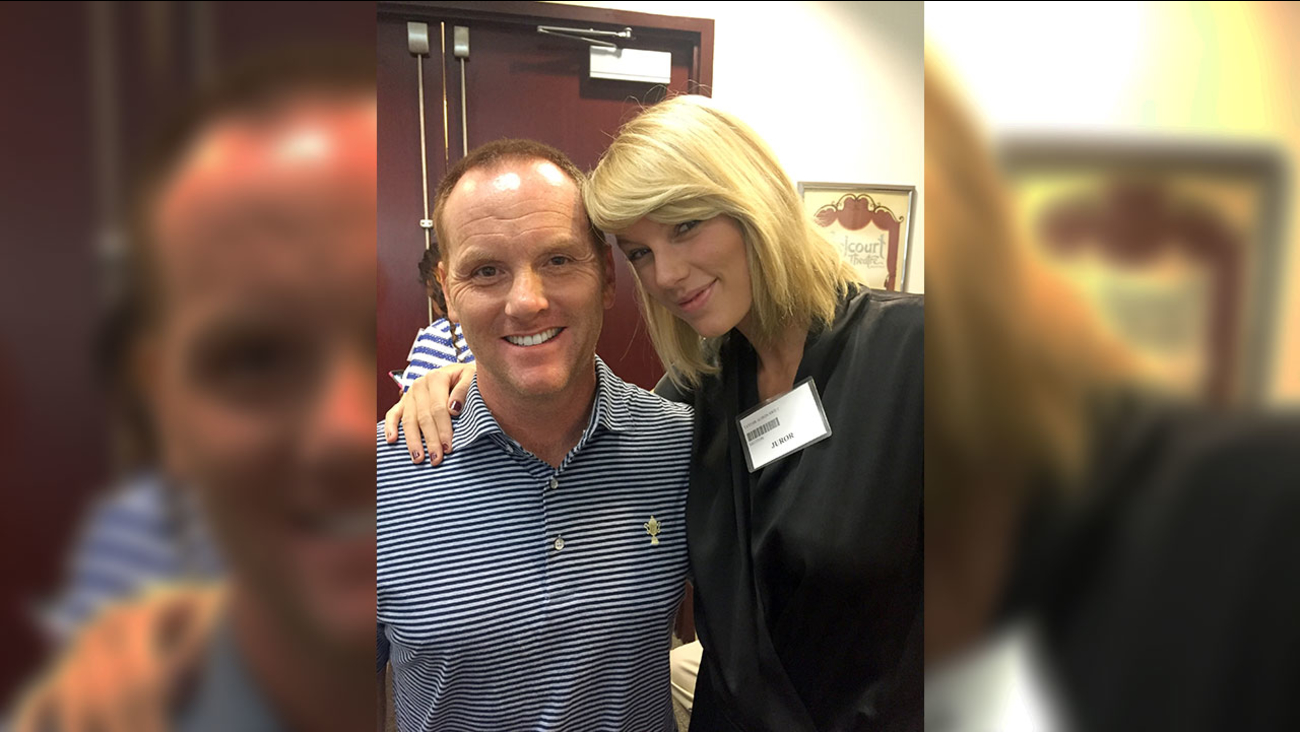 "She asked to be left off out of concern for an upcoming trial in Denver where she was - she used the term 'groped' - by a fan at a meet-and-greet," Whitehouse said.

Swift told the judge she would be more than willing to serve on a jury in any other type of case, he said.

In the Denver case, Swift filed a counterclaim last year after a former radio host sued her.

David Mueller claimed he lost his job after a member of Swift's security team falsely accused him of grabbing the singer's buttocks backstage during a 2013 photo session. Muller claimed the person who assaulted Swift was actually one of his superiors.

Before Swift was dismissed from the jury pool on Monday, she took time to chat and take selfies with other potential jurors.

Bryan Merville, who owns a technology infrastructure company, said he took a photo with Swift for his daughters, who are huge fans. He said he was one of about 140 people waiting in a holding area Monday morning before they were called to separate courtrooms. About 15-20 asked Swift for a photo or autograph.

"She's about as famous as they come, but she couldn't have been nicer," Merville said. "She took the time to talk to every person who asked her for a picture."
Related topics:
arts & entertainmenttennesseetaylor swiftjury duty
Copyright © 2021 by The Associated Press. All Rights Reserved.
More Videos
From CNN Newsource affiliates
TOP STORIES