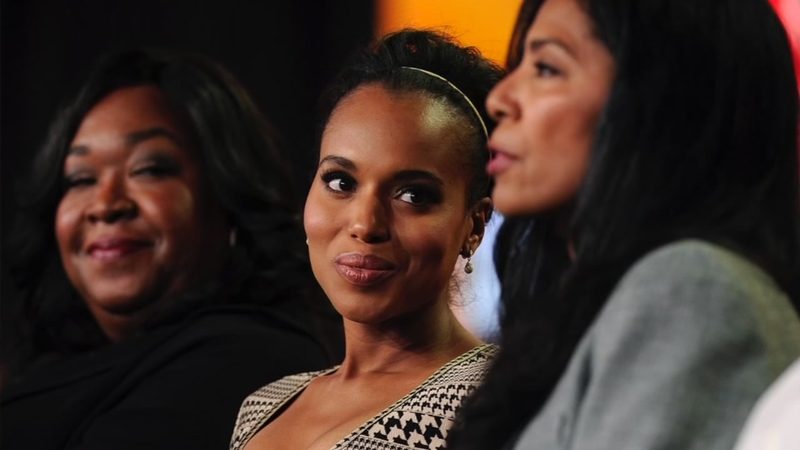 It's the first question many fans ask Judy Smith.

After all, Olivia Pope was inspired by Smith, but one major difference is the crisis management guru on television is having a torrid affair with the leader of the free world on ABC's hit show "Scandal."

Always a communications professional looking to control the narrative, she wanted to warn her former boss about the plot.

With his characteristic humor, this response surprised Smith. "It was so funny. I said, 'Look, I want to tell you about this and give you some talking points and messages.' And that's when he said, 'No, I have to stay relevant. That's why we confirm it and it'll be a big news story,'" said Smith of her discussion with Bush.

RELATED: Scandal, How to Get Away with Murder and Grey's Anatomy

Smith responded to the 41st president.

"I said, no! There's no news story about this," she laughed as she recalled the conversation.

Smith and superstar producer Shonda Rhimes first met for a 10-minute chat. It turned into two hours and a drama based on her life as a crisis manager. She's now a co-producer who talks to Rhimes and Kerry Washington regularly.

"I get all the scripts and then send in notes about it and yeah, it's still going strong."

There are similarities between Smith and her alter ego, like a stable of famous clients in trouble.

Monica Lewinsky, Michael Vick and Paula Deen have all hired her to navigate their crises. Like Pope, she also has a small but loyal staff and opts for tailored fashions in her favorite color -- white.

There are also surreal moments.

While in Houston this week for a conversation in front of a room of female executives, she spoke about a rare night when she was home to watch an episode so she put on her PJ's and made popcorn.

"I cut it on and she's sitting on the sofa in her PJ's with her popcorn and wine and I'm looking at her and she's looking at me. She, of course, had on silk PJ's and hair flowing, looking all good and I'm all tired and working 40 hours a day," Smith said laughing.

But there is one similarity she loves about the show-- Pope's strength.

"It really does portray a woman who is strong, who is confident, who is independent, who feels like she's good at what she does."