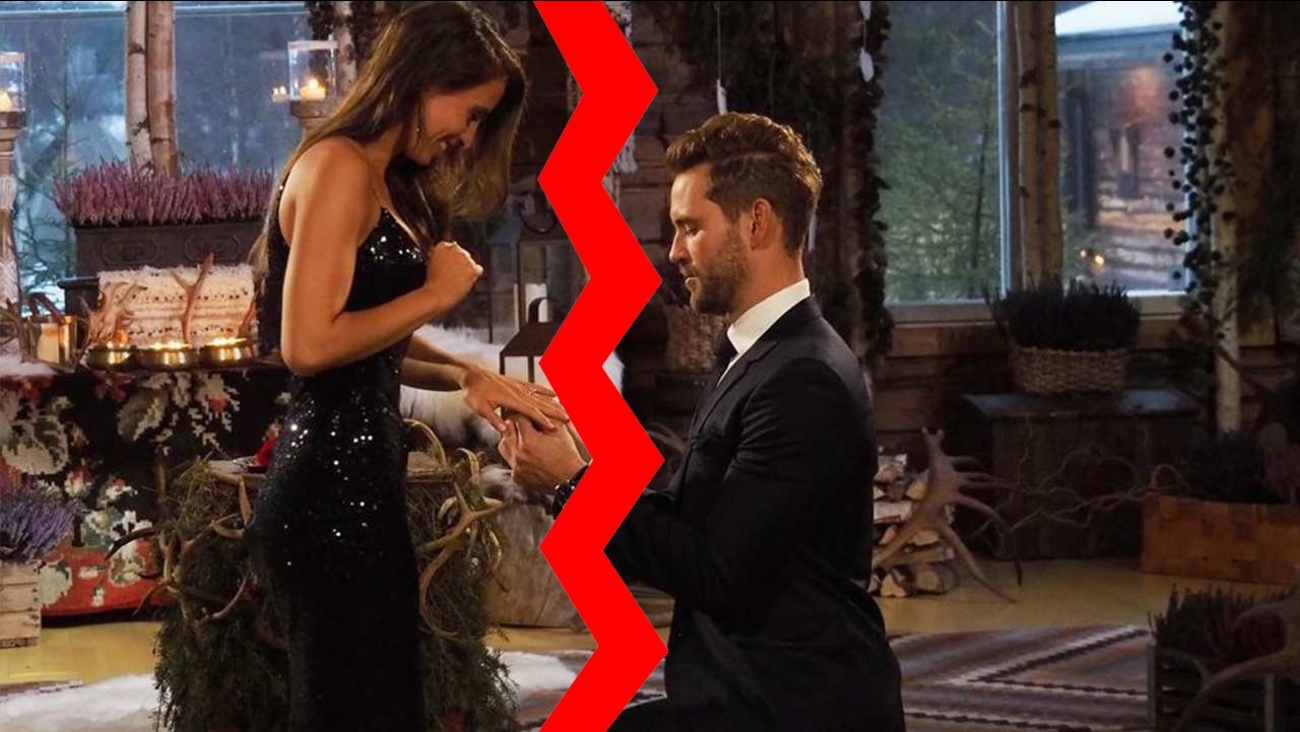 NEW YORK -- Another "Bachelor" couple has called it quits. Nick Viall and Vanessa Grimaldi have ended their engagement just five months after the finale of their season of "The Bachelor" aired. The couple was most recently seen at the "Bachelor in Paradise" wedding of Carly Waddell and Evan Bass.

"It's with a great amount of heartbreak for the both us as we have decided to end our engagement. We gave this relationship our all and we are saddened that we did not get the fairytale ending we hoped for. We will continue to be there for each other no matter what. This hasn't been an easy decision, however, as we part ways, we do so with lots of love and admiration for each other."

A sticking point for the couple which played out in their season was Grimaldi's desire to live in her Canadian hometown. They had been living in LA as he competed on "Dancing with the Stars."

When pressed in interviews about a wedding date, Vanessa and Nick always seemed to brush off the comments saying that they were enjoying their engagement. Sadly, she will have to return the ring to ABC.

For the record SIX "Bachelorette" couples remain together out of 13 seasons, while "The Bachelor" has a dismal TWO couples still standing out of 21 seasons, with one being a bit controversial. Jason and Molly Mesnick ended up together after Jason broke up with Melissa Rycroft during the "After the Final Rose" special and ended up getting back together with Molly. They remain happily married. The only other "Bachelor" couple to survive is Sean and Catherine Lowe.
Report a correction or typo
Related topics:
arts & entertainmentabcthe bachelornick viallcominguproses
Copyright © 2020 KTRK-TV. All Rights Reserved.
More Videos
From CNN Newsource affiliates
TOP STORIES