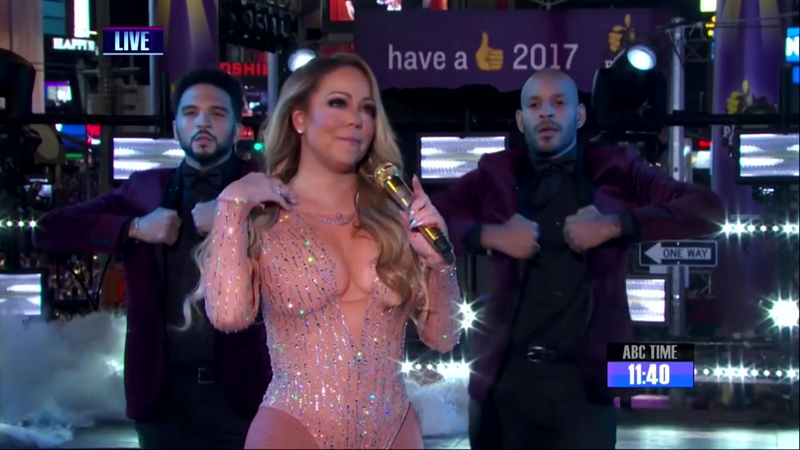 Pop star Mariah Carey is getting a second chance to perform on "New Year's Rockin' Eve with Ryan Seacrest."

Carey performed last year, but she allegedly had technical difficulties, which caused her to have what some called a very awkward performance.

She opened her set by singing "Auld Lang Syne," but during her performance of her 1991 hit single "Emotions," she abruptly stopped.

Carey's representatives told ABC News that her earpiece was not working and blamed producers for going live despite the issues. A rep for Dick Clark Productions denied any staffer would "intentionally compromise the success of any artist."

"We can all agree that last year didn't go exactly as planned and we are thrilled to move forward together to provide America with an incredible night of music and celebration on 'Dick Clark's New Year's Rockin' Eve with Ryan Seacrest 2018,'" a statement read. "See you in Times Square!"

Seacrest appeared on "Good Morning America" on Friday to discuss the singer's comeback.

"We're excited to have her back. She's going to do a couple of songs, one of which will be 'Hero' right before midnight outside in that cold," Seacrest said.

Seacrest said he's not sure whose idea it was to bring Carey back, but he said it is a good idea.

You can watch the big celebration starting at 7 p.m. on ABC13.